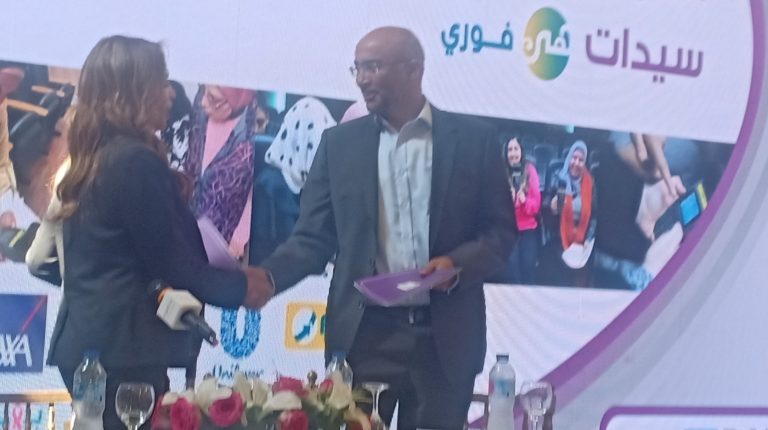 The Heya Fawry initiative is the very first female e-payment agent network in Egypt that aims to empower low income women who either own retail shop, are home workers, or unemployed to become its agents, and encourage other female consumers in their local communities to access e-payments services and consumer goods.

The initiative is a joint effort between the private sector in which Fawry partners with Unliver, transnational consumer goods company, and insurance firm AXA, and several Egyptian NGOS including Baheya, Mersal, Resala, Plan International, and the AWEF programme.

On Tuesday, the initiative announced the official launching of the second phase of the e-payment network at a press conference at the Brutish Embassy.

As part of the six-month pilot phase, Mustafa explained during the conference that 150 women were successfully trained and received point of sales machines to act as Haya Fawry agents.

Mustafa asserted that the initiative is considered a great opportunity to increase women’s employment opportunities in Egypt, which will positively impact financial inclusion.

She revealed that the success of the initiative is due to the partnership with the private sector and a number of charities and associations.

The British ambassador to Egypt, Geoffrey Adams stated the embassy praised the

He pointed out that there are great attempts by the Egyptian government to encourage women to be independent, adding that the initiative is an immediate and good example that proves Egyptian women can work well.

Egypt celebrates its own women`s day on 16 March

Egypt is one of the fastest growing economies in the world: WEF president