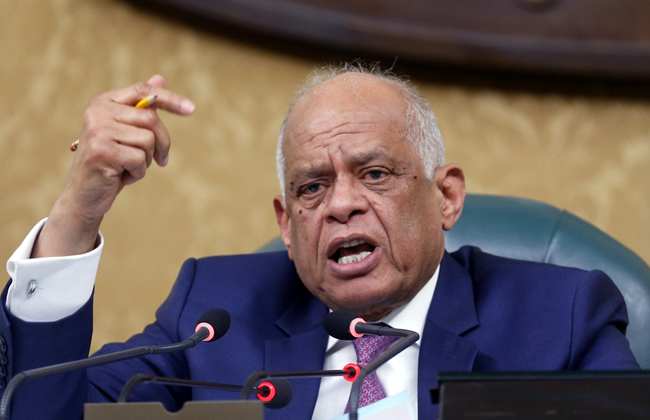 Parliament Speaker Ali Abdel Aal said that he will summon Egypt’s Prime Minister and a number of other ministers for a parliamentary hearing next week to clarify the government’s position on controversial issues.

The minister will speak about the country’s economic conditions, counterterrorism efforts, and comment on media campaigns targeting the progress of the nation.

Ali Abdel Aal said during the plenary session on Wednesday, that the “revolution of parliament will not abate until the truth is clear to every citizen, and every negligent official is held accountable.

“Egypt is on the right track, while recent media campaigns are trying to hinder the country’s progress,” he said, adding that the macro-economic indicators achieved in Egyptian economy provoke hatred and jealousy all over social media.

On Tuesday, Parliament started the first session of fifth and last round term. During the session some PM harshly criticised the the government, accusing it of negligence and failure to improve the standard of living for Egyptians.

During Wednesday’s session, the parliament had elections for heads of various parliamentary committees, in which all heads remained in their post except for the committees of agriculture and housing.

Each MP should elect a head, two deputies, and a secretary-general. Constitutional Article 117 stipulates that at the first meeting of each annual legislative round, parliament has to elect, among its own members, a head and two deputies for each committee for the full round. The elected ones cannot be elected for more than two consecutive legislative rounds.

Efforts of bringing back Egyptian handicrafts to global market