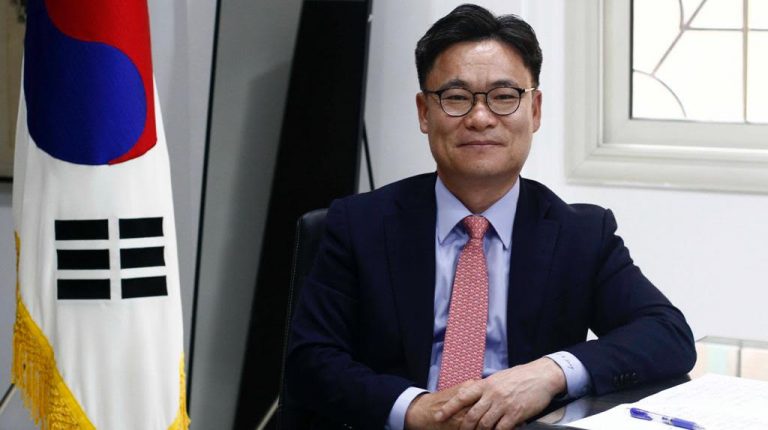 The Korean Culture Center (KCC) will kick off Korean cultural day in Alexandria on 8 October, where the centre will present the diversified aspects of the Korean culture including food, traditional clothes, and maritime activities, said director of the KCC, Yang Sang Keun.

Yang statements came during a press conference on Wednesday to announce the inauguration of “Exhibition of the 2019 K-pop world festival in Egypt”.

“October is a very busy month for us. In the first half of October we will organise several activities in both Cairo and Alexandria,” Yang mentioned, noting that a team from the Korean maritime forces will visit Egypt from 7 to 9 October where it will participate in the cultural day in Alexandria and perform a joint training with its Egyptian counterpart.

Yang also inaugurated the “Exhibition of the 2019 K-pop world festival in Egypt” on 25 September to shed light on the Egyptian participants in the festival. The two-month exhibition will end on 25 November.

KCC will host a young Korean band at the Opera House on 9 October, while the Korean national day celebration will be held on 10 October at the Korean ambassador’s residence, Yang noted.

“I’ve been in Egypt for one year and 6 months. I’ve received the passion of the Egyptians toward our activities well in all the governorates we visited. I admire Egypt’s folkloric events we attend here,” he added.

KCC to launch Quiz on Korea Competition on Wednesday