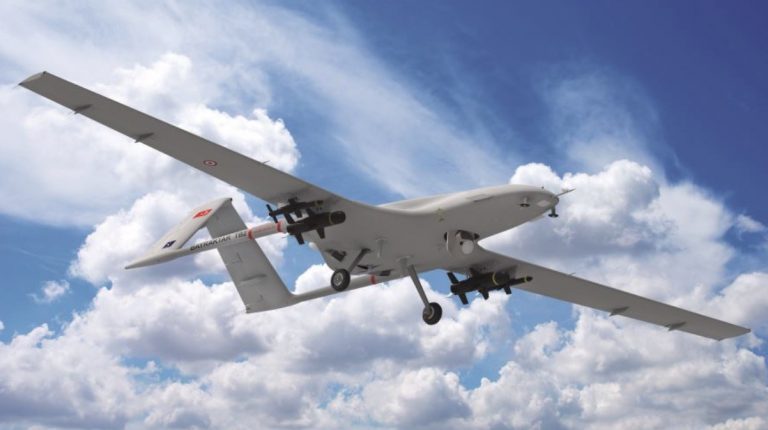 The Libyan National Army managed to shoot down on Sunday a Turkish drone that is affiliated to the Government of National Accord (GNA). The drone was targeted by the air defence forces of the Libyan national army while it was hovering in the suburbs of the Libyan capital of Tripoli.

According to the media centre of the military operation of ‘El-Karma’ (Dignity) launched against militias of the GNA, eight Turkish drones were targeted by LNA air defence forces since the beginning of the operation.

The ‘El-Karma’ military operation started last April by the LNA forces aiming to get rid of militias affiliated to the GNA and to free the Libyan capital of Tripoli from these militias and extremist groups.

Since the ouster of former Libyan leader Muammar Gaddafi–who governed Libya from 1969 to 2011–through a popular revolution in 2011, the country has been facing a state of chaos and instability due to the spread of numerous militias in different cities such as the Islamic State (IS) and Al-Qaeda’s groups.

Two Libyan governments are now in a continuous conflict over power in Libya. The first is responsible for forming the LNA which is led by Marshal Khalifa Haftar, while the second is the GNA, led by Fayez al-Sarraj.


The LNA government headed by Haftar is considering the GNA a fertile environment for extremists and militants affiliated to the outlawed group of the Muslim Brotherhood and the IS.

Moreover, the LNA is addressing charges to Turkey of supplying weapons, drones, and trucks to militants groups that survive under the auspice of the GNA, as Turkish support to militant groups is on the rise, despite the international ban imposed on importing weapons to extremist groups in Libya.

LNA forces also managed to destroy the main control room that directs the work of the Turkish drones. The room is based in Mitiga International airport, located about 8 km east of Tripoli’s city centre.

Head of the media centre of ‘El-Karma’ military operation, Khalid Mahgoub, said in media statements dedicated to privately-owned media outlet of ‘Al-Ain’ based in the UAE that Turkish drones were trying to target LNA forces stationed in the ‘Ain Zarah’ area, an area close to the capital.

Turkey is supporting the militias of government of National Accord with the Bayraktar TB2 surveillance and reconnaissance system as part of an attempt to compensate for the heavy losses it has suffered with regard to its combat aircraft.

According to Boeing, the 737 Peace Eagle aircraft manufacturer, the aircraft has an 850-km radar and gathers almost daily information on locations of the Libyan National Army.

Turkey’s efforts to produce drones continued until it finally produced and imported Bayraktar TB2 in early 2015.

These aircraft are now the backbone of the Turkish drone air force, and have been exported to other countries such as Ukraine and Qatar.

Escalation between the two countries is on the rise after the official spokesperson of the Libyan National Army Ahmed El Mesmary asserted in June that Turkish drones took off from (Mitiga International Airport) and targeted number of areas located in south-east of the Libyan capital Tripoli , noting that LNA forces managed to shoot down these drones.

LNA is accusing Turkey of supporting numerous extremist militant groups , in addition to supporting (Government of National Accord) which is an interim government formed in Libya under the terms of the Libyan Political Agreement signed in 2015.

LNA is considering the (Government of National Accord) as a terrorist entity.

Turkish drones to use Gecitkale Airport

Five doctors killed in airstrike on hospital in south Tripoli