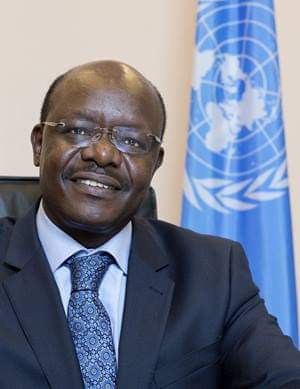 The automotive industry in Egypt faces growing competition as the tariffs levied on vehicles originating from Europe and components have been gradually reduced within the framework of the Euro-Mediterranean Free Trade Agreement, according to the newly released report by United Nations Conference on Trade and Development  (UNCTAD), entitled “Made in Africa ..Rules of origin for enhanced intra-African trade 2019.”

Egypt’s automotive industry has traditionally catered to the domestic market, especially in relation to its most important component, passenger cars, the report said, adding that once heavily protected and subsidised, the sector has been negatively affected by the fallout caused by the Arab Spring and the subsequent devaluation of the Egyptian pound, which increased the cost of imported components.

The report mentioned that with domestic production spread across small-scale factories unable to attain sufficient economies of scale, imports have sharply risen to the extent that 59% of vehicles sold in 2014 were locally assembled, down from 66% in 2004.

Although the automotive sector has a fairly long tradition in a few countries such as Egypt, Nigeria, or South Africa, the African continent continues to play a peripheral role in an industry characterised by strong geographic concentration around key markets, the report noted.

Africa plays a peripheral role in the automotive industry, the report asserted, noting that in 2017, Africa accounted for 1% of world vehicle production and 1.2% of sales (mainly of passenger cars), with three countries – Egypt, Morocco, and South Africa – representing the lion’s share.

Data from the International Trade Centre indicates that between 2015 and 2017, total exports of automotive products reached an average of $4.4bn per year, compared to $11.2bn of imports, with passenger cars accounting for the bulk of these trade flows.

Leading exporters in the region were South Africa and Morocco while other key players included Ivory Coast, Egypt, Namibia, Kenya, and Tunisia.

Except for Namibia, these countries also featured prominently among the main importers of automotive products. Algeria, Ethiopia, Ghana, and Nigeria imported over $1bn automotive products per year during the period considered (2015–2017).

“To better gauge the effect of preferential or regional trade agreements and related rules of origin on the automotive industry, it is worth comparing the experiences of four major producing countries: Egypt, Kenya, Morocco, and South Africa,” the report said.

In Egypt and Kenya, the inability to reach adequate economies of scale, despite attempts to leverage preferential and regional trade agreements, have undermined the performance of the automotive sector, leaving it exposed to growing international competition.

In comparison, Morocco and South Africa provide examples of how strategic export orientation, through international trade agreements, has helped attract key original equipment manufacturers and contributed to the emergence of a viable industry, despite the challenges of domestic value addition.

North Africa countries are the main tea importers in the continent

Additionally, the report said that North Africa countries are the main importers of tea in Africa. Egypt and Morocco alone account for over half of total tea imports in Africa, followed by Libya, South Africa, and Ghana.

Between 2015 and 2017, about 43% of Africa’s tea imports come from China, another 40% from within Africa, and the rest originated primarily from India and Sri Lanka, the report noted.

Over 90% of Africa’s tea exports are made up of black tea and green tea – widely consumed in the Maghreb region – accounts for over 40% of the tea imported to Africa.

Overall, the intra-African market accounts for roughly 25% of tea exports from Africa; the remainder is sold mainly to Kazakhstan, Pakistan, Russia, the United Arab Emirates, the United Kingdom, and the United States.

Even though, Kenya only exports 15% of its tea to the rest of Africa, it is the leading player in intra-African trade, mainly because of its exports to Egypt which are worth of $173m, and to a lesser extent, Nigeria with about $12m.

China is by far the world leader in cement production, followed by India and the US. Africa accounts for 10% of global cement exports, while its share of global imports hovers around 21%, the report stated, adding that the major players in Africa include Egypt, Morocco, Senegal, South Africa, and Tunisia.

In contrast to the global context of overcapacity, the African region has traditionally been a net importer of cement, the report declared.

“Against the backdrop of multifaceted trade-offs involved in the liberalisation of politically sensitive industries, such as cement, protection for specific sectors can be better calibrated through an appropriate selection of the tariff schedule than through overly restrictive rules of origin,” the report read, adding that this is because sensitive sectors are likely to differ from one country to another, and the degree of freedom in negotiating tariff schedules is much greater than in negotiating a single set of rules of origin to be applied toward every country.

The African Continental Free Trade Area (AfCFTA) is expected to boost intra-African trade by 33% once full tariff liberalisation is implemented, attracting additional intra-African investments and creating market opportunities to foster Africa’s industrialisation through regional value chains, according to the report.

However, many of these gains could be undermined if rules of origin are not appropriately designated and enforced to support preferential trade liberalisation, the report shared.

“The AfCFTA is a landmark achievement in the continent’s history of regional integration and is expected to generate significant gains. But it is the rules of origin that will determine whether preferential trade liberalisation under the AfCFTA can be a game changer for Africa’s industrialisation,” UNCTAD Secretary-General, Mukhisa Kituyi, said.

If the agreement is fully implemented, the gross domestic product (GDP) of most African countries could increase by 1% to 3% once all tariffs are eliminated, according to the report.