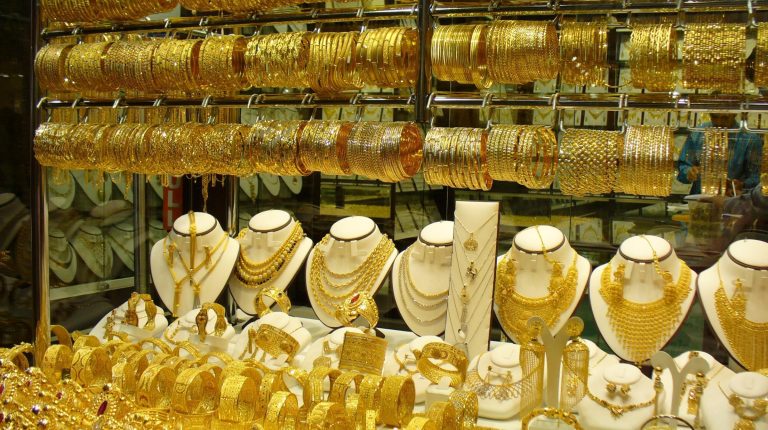 The gold market has witnessed a state of recession during Ramadan despite the drop in gold prices by about EGP 45 over the past period following the global decline of gold prices and the depreciation of the USD against the Egyptian pound in the local market. Gold Awqiyyah at the world stock exchange stabilised at the level of $1,300, 21k gold recorded EGP 610 and 18k gold recorded EGP 522.

Amir Rezk, former member of the gold division at the Chamber of Commerce, said that the gold markets have seen a recovery during the first week of Ramadan, then a state of recession due to consumers’ different interests and the preparations for the season of holidays and exams.

Sales are expected to improve after the season of Ramadan and feasts are over, in preparation for the marriage season during the summer and the return of Egyptians working abroad.

Rezk pointed out that the demand on gold factories increased given the anticipation of shops to increase sales over the upcoming period.

He expected further declines in the prices of gold with the decline of the dollar value against the pound in the local market, while the events of the commercial war between America and China have not affected prices, as the increase in the price of an ounce globally will increase prices locally.

Nady Naguib, former secretary of the gold division of the Chamber of Commerce in Cairo, said that the month of Ramadan is no longer a season for gold as it used to be due to high prices and the decline in the purchasing power of citizens.

He expected an increase in the prices of gold as the market improves over the upcoming period, in addition to an improvement in the situation of Eid with the season of marriage and engagements.

However, Naguib stated there would be no improvements in the sales of the gold market with the return of Egyptians working abroad as they prefer to buy their gold from gulf countries.

Gold prices in global markets increased two days ago to their highest level in seven weeks, recording the first monthly profit in four months with the demand of investors to buy safe investment instruments after Trump threatened to impose custom fees on imports from Mexico, which raised fears from a global slowdown.

Ramadan traditions across the Gulf

Strange Ramadan traditions from around the world

Seven Egyptian entrepreneurs to participate in GES: US embassy