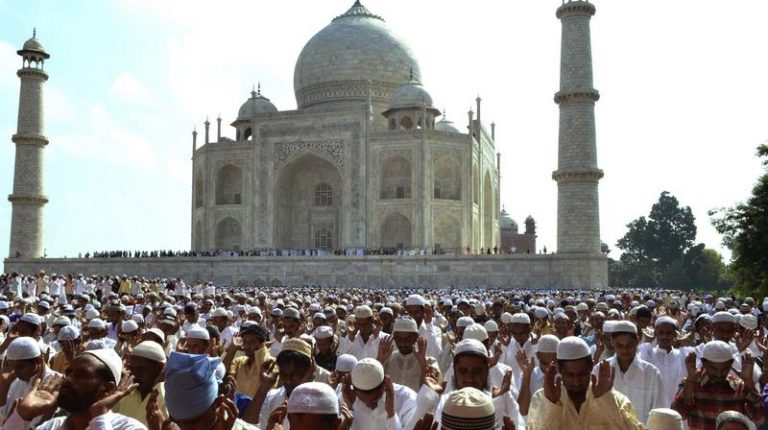 The first mosque in India was built in 629 AD. India is home to nearly 190 million Muslims who reside across the length and breadth of the country.

The principles of Ramadan are universal and it is no different in India where the holy month calls for practicing self-discipline, prayers, self-control, and to inculcate the virtues of charity, forgiveness, and kindness. In a country with harmonious co-existence of diverse religions and customs, Ramadan in India reflects the deep sense of unity in diversity that is evident in the streets of its cities, towns, and villages as well as in the lives of the Muslims and non-Muslims alike. The holy month also witnesses extensive humanitarian and financial aid and assistance extended to the marginalised in the form of Zakat and Sadakah (charity).

Mosques in India play a pivotal role during this month in invoking the values of benevolence and prayer. They open the doors to all for iftar at sunset and also long prayers during the night.

Ramadan in India has several historical influences which make it unique. ‘Roza’ is the Urdu equivalent of the term for Sawm in Arabic which is used to denote fasting. Suhoor – the pre-dawn meal- is known as Sehri and it traces its origins to the Persian language – the language of the royal courts during the Mughal rule.

While the Sehri meal is usually simple, parties with family and friends characterise the iftar meal. Indeed, the festive part of Ramadan in India is widely celebrated by holding iftar parties which are attended by people from all walks of life and religious affiliations. Vibrant street parties where even strangers are welcomed are not uncommon.

The larger cities rival each other in laying out lavish iftar spreads. Truly, the incredible variety of cuisines on offer during the celebrations across India make it an unforgettable experience. From the Mughalai fareat Old Delhi with its spread of kebabs, tikkas, jalebiand pheni; Mumbai’s mouth-watering phirni and other milk cream and mawa-based sweets; delectable Haleem in Hyderabad, Ahmedabad and Kolkata; Rangooni Palatas in Surat; to a veritable smorgasbord of rich regional dishes in Lucknow and Srinagar, besides numerous other dishes, Ramadan in India is truly a gastronomic delight.

The holy month of Ramadan emphasises the pluralistic nature of Indian society with its diversity in religions and cultures.

The embassy of India in Cairo offers its best wishes to the Egyptian people on the occasion of the holy month of Ramadan.