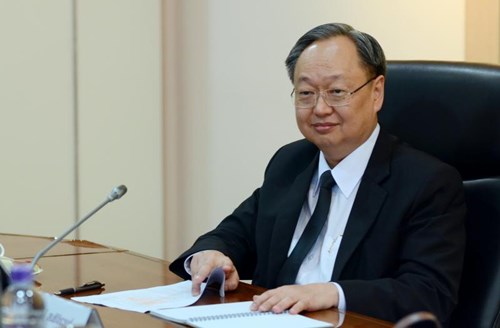 A mission from Thailand’s ‘Double A’ paper company is expected to visit Egypt by the end of April to discuss their future plant in Alexandria, Sherif Yehia, assistant of the commercial attache at Thailand’s embassy in Egypt, told Daily News Egypt.

“Double A’s mission will include decision-makers and they will meet with senior officials of the Egyptian government at the General Authority of Investment and Free Zones (GAFI),” he indicated.

Furthermore, Double A’s mission will also visit the new plant’s expected site to recognise the site on ground, he noted, adding that Thai companies’ interest in the Egyptian market is remarkably increasing.

Double A is a public company operating an advanced pulp and paper manufacturing facility, producing many types of quality writing and printing papers. It has widely established its network offices which include domestic and overseas branches all over the world. The company’s headquarter is situated in the middle of downtown area in Bangkok.

Additionally, Yehia noted that Thailand requested a joint meeting with the Minister of Trade and Industry, Amr Nassar, to take place in May 2019, and attended by the Thai Minister of Commerce, Sontirat Sontijirawong, to hold an Egyptian-Thai joint committee.

A draft of a five-year action plan between Egypt and Thailand was discussed and initially approved by Egypt’s ministry of trade and industry and the security entities, Yehia said, noting that the plan is expected to be signed during the minister’s scheduled visit.

Sontijirawong was scheduled to visit Egypt in January 2019, according to Thalerngsak Vongsamsorn, the minister counsellor for commercial affairs at the Thai embassy in Egypt, during a previous DNE report in December 2018, adding that the embassy is arranging the agenda for the visit with the Egyptian Ministry of Trade and Industry and with other Egyptian partners.

Eleventh Egyptian-Finnish Musical Bridge is back