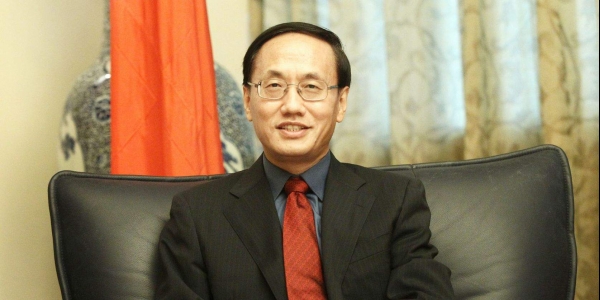 China will continue to deliver on its $100m in military aid to the African Union (AU) and an additional $80m in support of the African Standby Force and the African Capacity for Immediate Response to Crisis, Chinese Assistant Foreign Minister, Chen Xiaodong, affirmed.

Furthermore, China and the AU have agreed to allocate funds from China’s military aid to the AU for counter-terrorism operations and building joint forces in the Sahel region, he noted, affirming that China and Africa agreed to jointly build a closer China-Africa community with a shared future.

President Xi Jinping announced a host of new measures to strengthen the China-Africa peace and security cooperation and reached an important consensus with African leaders on launching the peace and security initiative, he mentioned.

“Last month, State Councillor and Foreign Minister Wang Yi visited several African countries and the AU headquarters, during which he reached an important common understanding with African leaders on furthering the China-Africa cooperation, especially in the field of peace and security,” he acknowledged.

Terrorism and other security challenges remain grim in regions such as the Sahel, he said, noting that institution-building of the regional collective security mechanism has been a tortuous process, and the work of the AU and Africa’s sub-regional organisations faces constraints such as insufficient funding.

Over the years, China has fulfilled its responsibilities as a permanent member of the UN Security Council, he said, adding, ”Guided by the principles enunciated by President Xi Jinping for the China-Africa relations, namely, sincerity, real results, amity, good faith pursuing the greater good, and shared interests, China has played a positive role in Africa’s peace and security affairs.”

Moreover, China has provided-through both bilateral and multilateral channels-military assistance and personnel training for the AU and African countries to support their capacity-building on peace and security, he said.

“African countries welcome China’s deeper involvement in their peace and security issues…There are new opportunities for us to step up cooperation on peace and security, which is expected to become an important driver for China-Africa relations,” Xi Jinping declared.

China willing to share its reform experience, openness with Egypt

Defence Minister meets head of US Central Command in Cairo

US Senate votes against Trump’s plan to withdraw from Syria, Afghanistan