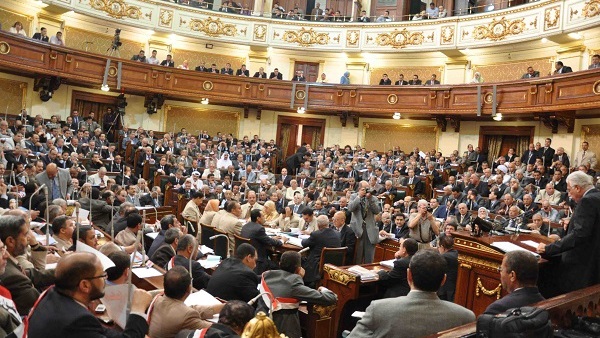 “I swear to tell the truth and nothing but the truth”, says an eyewitness inside the court hall to the judges before providing his testimony which represents a significant priority to all the attendees.

His words could change the entire course of the case, where it could prove the guilt or innocence of the defendants. Thus, due to the crucial role of witnesses, in any legal case, experts have previously suggested issuing a legislation to ensure and preserve the rights of witnesses and informants to protect them from any risks.

In several cases, witnesses could be exposed to threats and harassment if they provide a testimony that could condemn the defendant, and sometimes witnesses themselves avoid disclosing their testimonies for fear of being involved in the case or harmed by any side of the conflicting rivals.

Throughout recent years, several experts have called for the issuance of a bill to protect witnesses and informants in order to ensure their safety and reach comprehensive justice.

In 2017, member of the parliamentary committee of human rights and the parliamentary bloc of the Free Egyptians Party, Mohamed Al-Koumi, drafted a bill to protect witnesses but it was not passed by the council for undetermined reasons.

With the beginning of 2019, calls returned directly after the spokesperson of the Administrative Prosecution Authority (APA) Mohamed Samir has stated that Egypt needs to issue a specific legislation to protect witnesses. His statement came to encourage people to report any corruption they witness without fear of being harmed.

Some believed that issuing a law that will protect witnesses and informants is “necessary at the present time especially that state is currently facing many challenges that should be reported to the judiciary”, and others supported the suggestion stressing the necessity of issuing the legislation to be an complementary to the Egyptian constitution.

Meanwhile, a third side believed that there was no need to have a separate law to protect witnesses because the Criminal Procedure Law which is expected to be issued soon, will include a number of adequate provisions which will provide protection for witnesses and informants.

Suggested articles to protect witnesses in the Criminal Code

In 2107, the Egyptian Parliament started working on amending the existing Criminal Procedure Law, which marked the first time since its issuance in the 1950s and had already decided some amendments, which included articles ensuring the protection of witnesses.

The suggested articles stipulated that witnesses can assume his workplace or a police station as his residence if he wants to be safe, and can also allow the court or a lawyer to listen or hear the testimony of the witness without disclosing his data, and add his information in a subfile aside from the case document, but this only in cases where there are potential danger to his safety.

There is another suggested article which states imposing punishments on whoever discloses the information of the witness in a case if the issue is related to terrorism. The punishment could reach the death penalty if any harm occurrs.

Moreover, the defendant can hear the testimony of the witness but without knowing his name or any information about him, and can also appeal or reject the concealed identity of the witness if he believes that it is important to know his identity for the sake of justice.

Abdel Moneim Al-Alimy, member of the parliament’s constitutional legislative committee, said: “We do not need to enact new laws at the time because of the new suggested articles to protect the witness in the law of criminal procedure, which has been approved by parliament and is expected to come to light soon.”

Egypt’s Criminal Procedure Law, which is known as the country’s second constitution, is scheduled to witness a full amendment after the government has forwarded a draft of 320 articles to the parliament for discussion, and will be dissolved by the end of January.

The proposal raised controversy among a number of parliament members who were divided over whether Egypt really needs to specify separate legislation to protect witnesses or simply have some articles in the Criminal Procedure Law granting the witness his full rights.

“Testimonies are the strongest and most powerful information in determining rights and arriving at justice, therefore we should have a law that contributes to the protection of the witness and helps him to testify in complete secrecy without endangering his life,” said Gamal El-Sherif, member of the constitutional and legislative affairs committee of the parliament.

“In many cases, people get afraid to report cases or present themselves from becoming witnesses. Also, many of those who testified were subjected to harassment,” El-Sherif continued, stressing that this bill would protect witnesses and help protect freedoms and rights.

The draft law on the protection of witnesses has been discussed by the committee of constitutional and legislative affairs but it has not been issued so far, the member said.

The deputy of the constitutional and legislative affairs committee Nabil Al-Gamal said that this bill is required at the present time in order to fight corruption.

Both members supported calls for issuing legislation which protects witnesses as an implementation of the articles in the 2014 Egyptian constitution.

“It is important to have legislation to protect witnesses and informants from any dangers,” Al-Gamal asserted.

He also added that there are many agreements obligating Egypt to develop a law to protect informants and witnesses.

Margaret Azer, the undersecretary of the human rights committee of parliament criticised the absence of the legislation and its delay, saying that there should be real guarantees to prevent disclosure of witnesses’ statements.

Hazim Mounir, former member of parliament’s human rights committee, also expressed his full support for the draft law protecting witnesses, as it represents an important tool to combat crimes and corruption in Egypt, and contributes to the reduction of terrorist operations, and makes witnesses feel safe and secure when testifying. He also said that the country’s security situation necessitates the need to issue this law as soon as possible.

Member of parliament Fouad Hasballah said that Egypt needs to have legislation to protect the witness, pointing out that any advanced legislative system must work to protect witnesses so as not to be subjected to harassment or persecution.

“It is considered necessary to put in place security measures to protect and ensure the safety of the witness or his or her family members, relatives or property, against any damage he may suffer as a result of his testimony,” the member asserted, noting that over the past years, Egyptian constitutions have been free from any stipulations that provide protection to informants and witnesses, but the constitution addressed this matter and ensured that it would provide them with protection, which renders the proposed bill complementary to the constitution.

The Anti-Corruption Convention signed by Egypt in 2003 and ratified in 2005 obligates each state party in article 25 to adopt the necessary legislative and other measures against the use of physical force, threats, intimidation, or promise of incitement to give false testimony or to interfere in the testimonies.

According to article 32 of the Convention against Corruption, each state party shall take appropriate measures in accordance with its domestic legal system and within its means to provide effective protection to witnesses and experts who testify concerning criminal acts, as well as to their relatives and other persons closely related to them, or against any possible retaliation or intimidation.

Several states have passed legislation to protect witnesses and preserve the confidentiality of their data, particularly in sensitive cases where the lives of witnesses are endangered.

22 state employees in Alexandria referred to court over corruption charges

Constitutional amendments to be discussed in plenary session on Tuesday