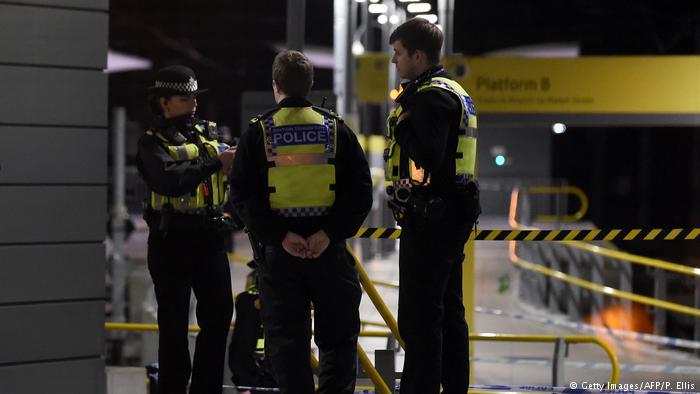 Egypt condemned on Wednesday the terror attack that occured in Manchester’s Victoria station, England, on New Year’s Eve, according to a statement by the ministry of foreign affairs.

Three people suffered knife injuries when a man lunged at them as they were waiting for a train on one of the platforms.

A man and woman, both in their fifties, were still receiving treatment in a hospital on Tuesday. Both sustained wounds to the abdomen, with the woman suffering a severe injury to the forehead. The other victim, a police officer who was stabbed in the shoulder, was released from hospital on Tuesday morning.

Two knives were recovered from the scene and a 25-year-old man was later arrested. The suspect was scanned by a specialist medical staff and detained under the Mental Health Act.

Authorities have carried out a raid on the man’s home in the city’s Cheetham Hill area.

The UK Prime Minister, Theresa May, and the Labour Party leader, Jeremy Corbyn, said the victims were in their thoughts, with May praising the “courageous response” of the emergency services, and Corbyn highlighting their “bravery”.

Police officer killed while defusing bomb near church in Cairo