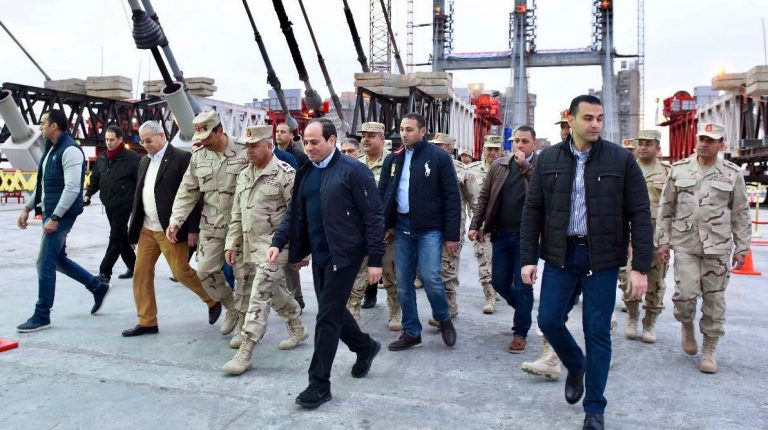 Egyptian President Abdel Fattah Al-Sisi inspected on Thursday morning the second stage of the of Grand Egyptian Museum (GEM) project, the Axis of Rawd Al–Faraj as well as Hadabet El-Haram, according to presidency spokesperson Bassam Rady.

The GEM, which is located on 500,000 sqm next to the Pyramids of Giza, is set to be officially inaugurated in 2020, according to earlier statements by the Minister of Antiquities Khaled El-Anany.

Earlier on Wednesday, Al-Sisi inaugurated the Bashair Al-Khair project in Alexandria, with the attendance of Prime Minister and Minister of Housing Mostafa Madbouly, the Governor of Alexandria, Abdel Aziz Qunswa, and other high-profile state officials.

“No compromise over state’s rights”: Al-Sisi at Bashair Al-Khair 2 inauguration in Alexandria

Digital era of Egypt in years to come