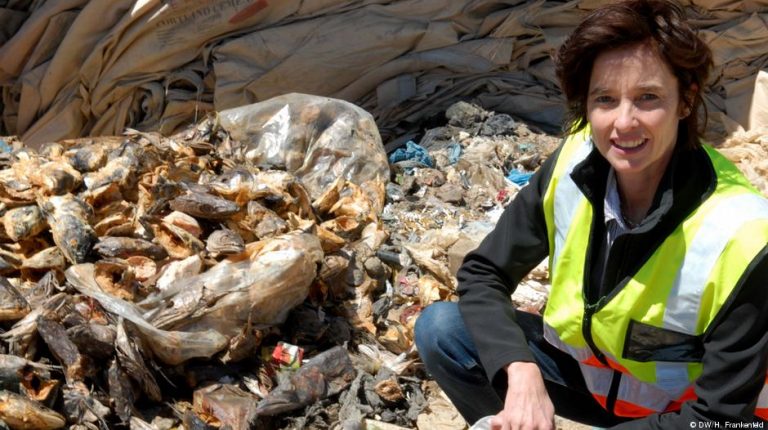 Millions of people in South Africa don’t know where their next meal will come from. Meanwhile, much food ends up in the garbage, and ultimately causes climate-harmful emissions. WWF wants to tackle both problems at once.Project goal: Finding ways to reduce greenhouse emissions from food waste and improve food security for the malnourished.

Problem description: In South Africa, food ends up in landfill, even as many people go hungry. Discarded food in the country generates 10 million tons of methane and CO2 a year — the equivalent of more than 30 percent of the country's annual climate-harmful emissions of 210 kilograms per capita.

Project description: Landfill and discarded food make a major contribution to climate change, emitting methane, a gas 30 times more harmful to the climate than CO2. In South Africa, the climate emissions from landfill in South Africa amount to around half of the emissions caused by road traffic in the country.

The WWF's Tatjana von Bormann wants to keep these climate killers from being created in the first place. She negotiates with farmers, activists, food stores and charitable organizations to try and ensure those at risk of being malnourished can make use of excess food and it no longer ends up in landfill — benefiting both people and the climate.

A film by Henner Frankenfeld