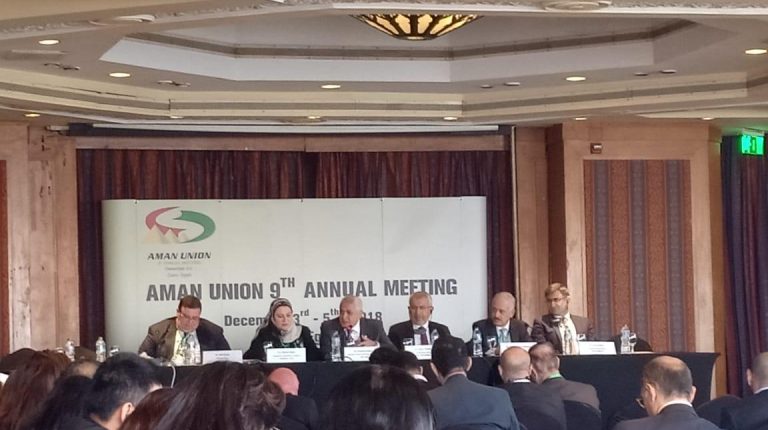 General Manager and Board Member in Export Credit Guarantee Co. Of Egypt, Alaa Gouda, informed Daily News Egypt during the 9th annual meeting of the Aman Union conference in Cairo hosted by Egypt, that compared to Egypt’s population, the country’s exports are still very limited. He elaborated that it is estimated that about 105 or 110 million Egyptians are exporting for only $25bn, which is a very modest number.

“On the other hand, today, for example, Turkey with a mere population of 89 million exports for $455bn, so this mean that Egypt has to increase marketing, production, and promotion of its exports,” Gouda continued.

By asking him why the presence of Egypt’s exports in Africa are limited, he stated that they are not limited, rather they are performing quite well but Egypt has to increase them, explaining further that the problem of exporting to Africa is that the point of sales (POS) in Africa is not widely known to everyone there. So, at the end of the day it’s still something vague for them, unlike in European countries including the US who has a larger POS users.

As Gouda’s company serves exporters, DNE asked Gouda what facilities the company provides for Egyptian exporters, he replied that the company is committed to supporting companies in expanding their businesses and increasing their sales, by providing them with innovative trade gains management solutions, ranging from trade credit insurance to credit information, debt collection and trade finance.

“We are heading for further market entry in order to be able to further serve exports,” Gouda said regarding the company’s plan in the next period.

“This is not only limited to top traders, but also includes small and medium-sizes enterprises (SMEs) who need guarantee services as a cover against buyer defaults,” he continued.

The company’s target is to enable the entire financial community, to use its services to advance finance exporters, so that at the end of the day the country’s total exports will increase, and subsequently the GDP will rise.

Agreeing with Gouda, is Mervatte Sultan, president of the Export Development Bank of Egypt, who said that Egypt’s exports are growing swiftly but still have a modest value.

She added that the export system is based on production, legislation and financing, explaining that her bank is providing financing, a guarantee for non-payment risk, as well as a guarantee against political risks for Egyptian exporters.

Moreover, she insisted upon the importance of dealing or financing SMEs, especially those who work in the informal sector.

“If we could make these small enterprises work in the formal sector, provide them with the required documents and all the information they need to prepare a feasibility study, in order to demand a loan from a bank, this will help increase Egypt’s GDP, and the small enterprises sector will grow” she said.

She underlined that one of the obstacles that faces the small enterprises sector is access to funds.

Furthermore, Sultan stressed that there is currently great attention being paid towards enhancing the small enterprises sector, noting that if all concerned bodies united their efforts with the aim of developing this sector, it will grow. Subsequently, exports will increase, thus there will be a surplus in production in the domestic market, so traders will have more options to enter and export to new markets, Sultan concluded.