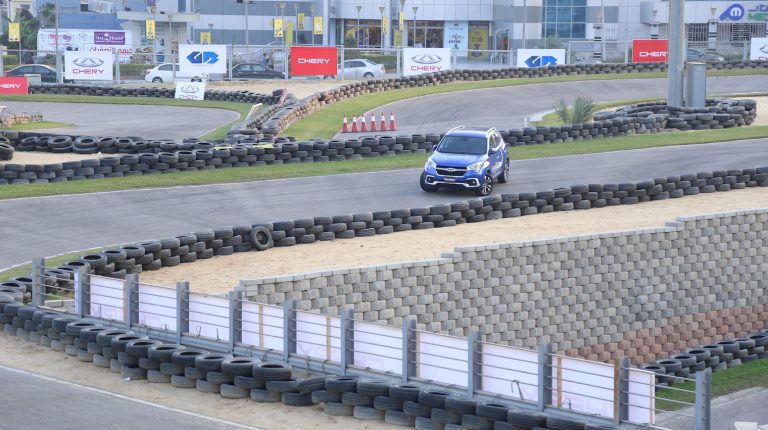 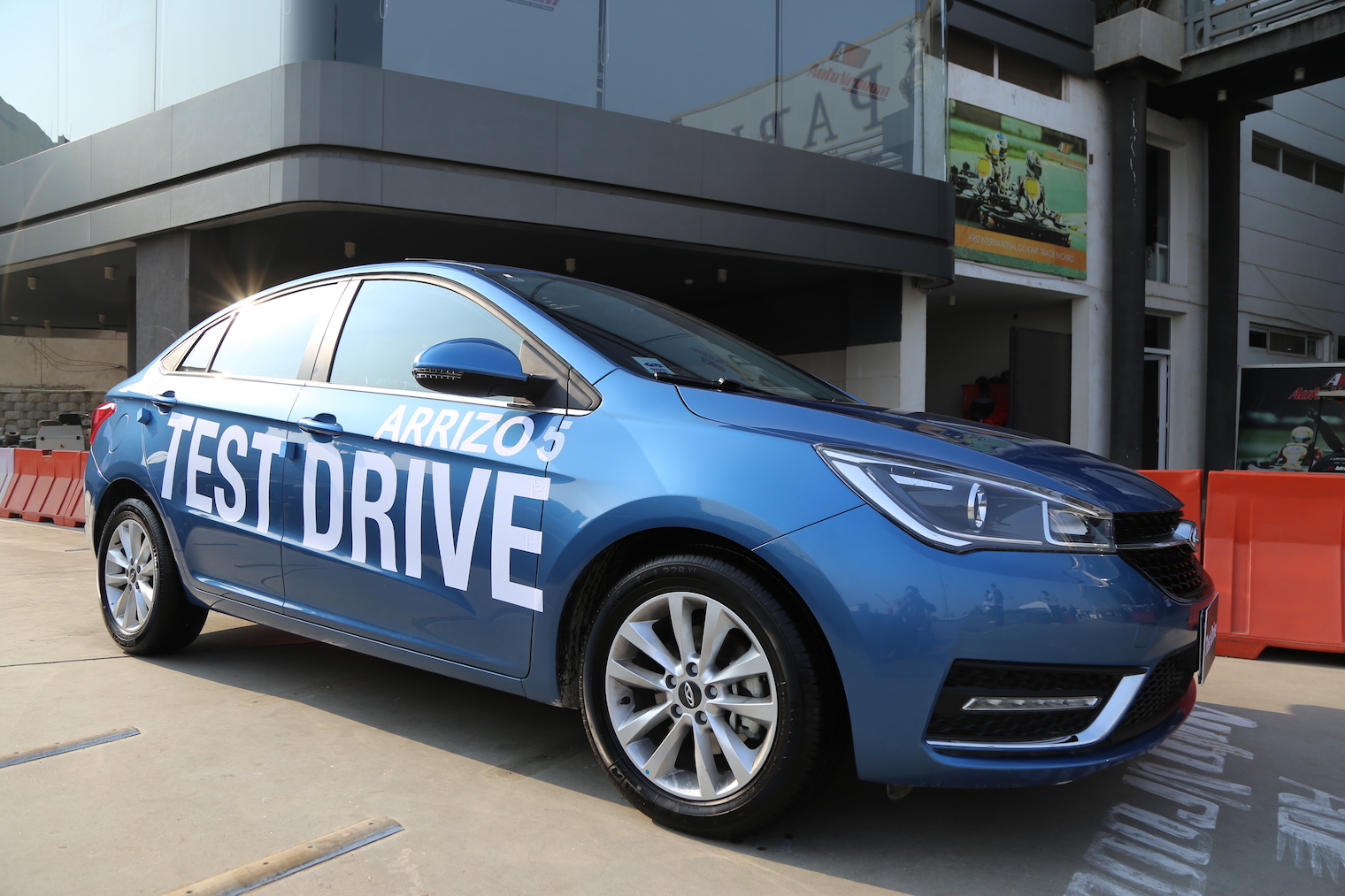 Even though some would claim its exterior design is inspired from Envy, this is not entirely true. Arizzo is considered as a sedan whose exterior is inspired from the M11 model, which has not achieved much success in the Egyptian market because it was launched during several crises in Aboul Fotouh Automotive.

Chery was able to add some modifications to the front lines of the M11 model. It has replaced the front bumper, and the headlights with LED lights. The side lines remain, adding an attractive sports look to the car.

Unlike the impressive exterior, the inside of the car comes with simple specifications, starting from the centre console which is shaped like a T letter with a 7-inch screen that allows for connecting mobiles to the car through Bluetooth, and an AC. The car also has a multi-function steering wheel, a speed stabiliser, and an information screen with a sleek design. The most distinctive thing about the car’s interior is the vast space in the backseats, making it a family-friendly. Additionally, it has a 430-litre trunk. 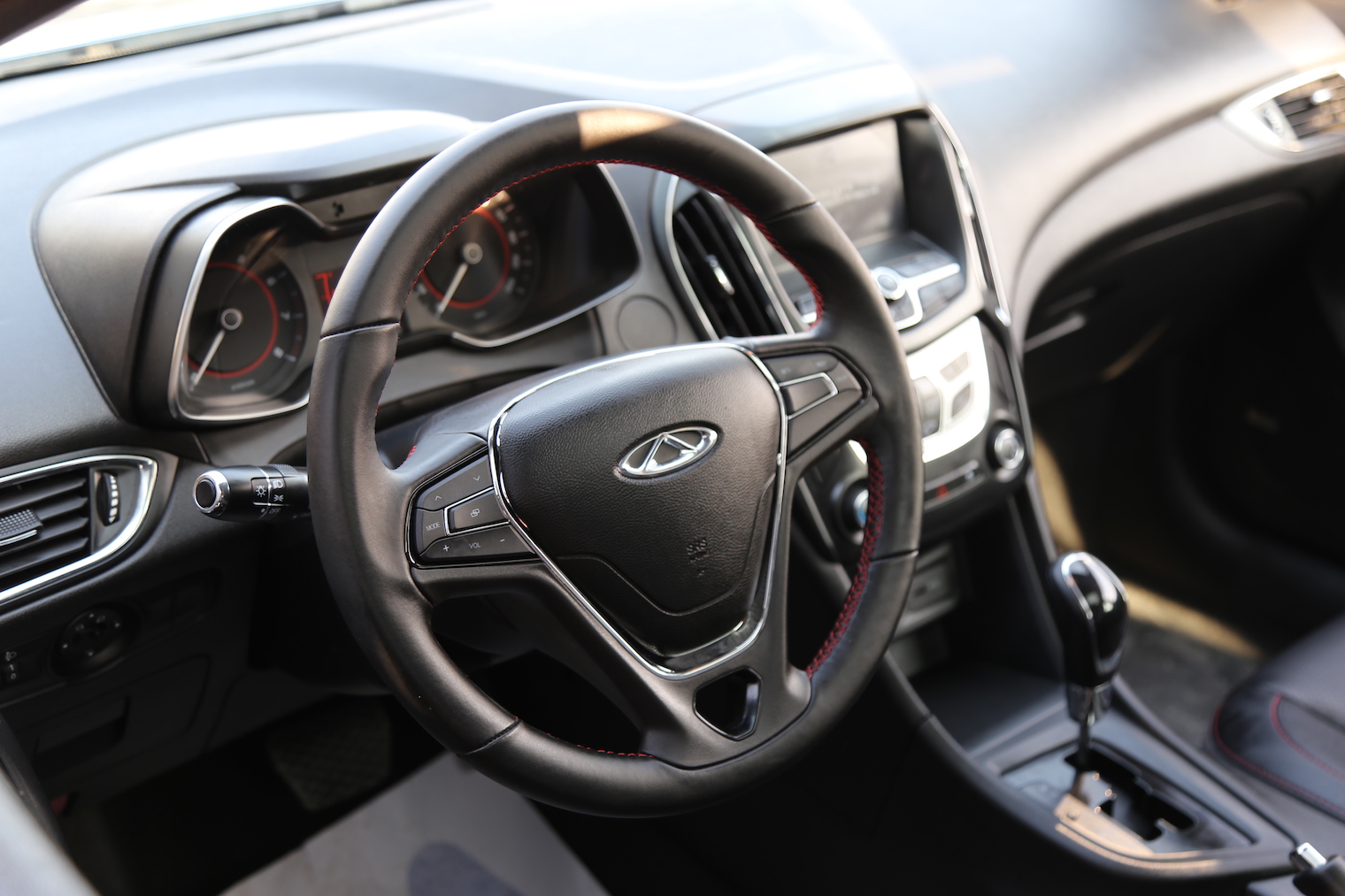 The car relies on a DVVT 4-cylinder engine with a 1.5 litre capacity, connected to an automatic gearbox. The car has 114 hp, 141-newton meter torque, and can accelerate from zero to 100 km/h in 11.5 seconds. The car’s average fuel consumption is seven litres for each 100 km.

While we were trying the car, we found that the engine was not sufficient to propel the car with strength and lightness, unlike the Tiggo. Speed lovers may not find this car impressive, however, drivers who want a quiet car for everyday use will love this car.

The car provides safety for its passengers with ABS brakes, an e-distribution of EBD brakes, an e-balance system on heights, in addition to a camera and back censors to help the driver easily park, as well as air bags.

First, we would like to point out that our experience of the Tiggo 4 is distinctively different from ever before. The company has managed to achieve a leap in the design and performance of the car which has completely improved, compared to the previous generations in the Egyptian market. We expect the car to achieve higher sales than previous models. 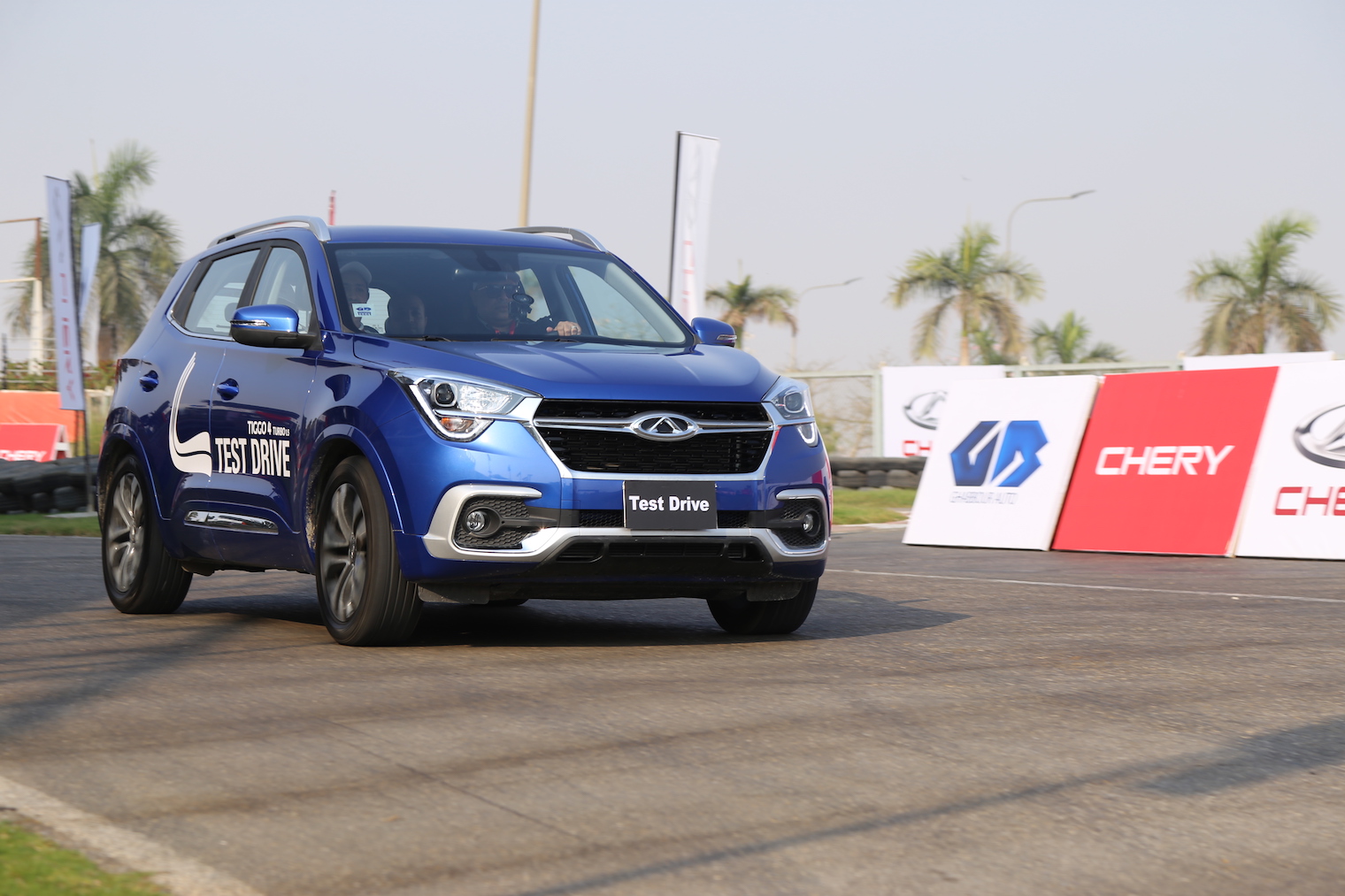 The Tiggo 4 belongs to the compact SUV category, so the company had to find a design suitable for this class, which we can clearly see. New updates were added to the car’s design, such as new headlights and back lights, new sport wheels, side lines which give a sense of smoothness and lightness.

The company designed an interior cabin of high-quality material which makes it impossible to think for a moment that the car is of Chinese origin or related to the older generation. It has a large 9-inch touch screen and allows mobile connection to the car through Bluetooth.  It also has a multi-function steering wheel, a speed stabiliser, and a 4.8-inch information screen with a sleek design.

The speed handle comes in a very elegant design, and the same is true for the AC vents, along with a panoramic sunroof which gives passengers a unique riding experience.

The car features a large front passenger seat and back seats. The front seats can be controlled electronically into different positions. The trunk is 340-litre, and can reach up to 1,100 litres when the backseats are folded. 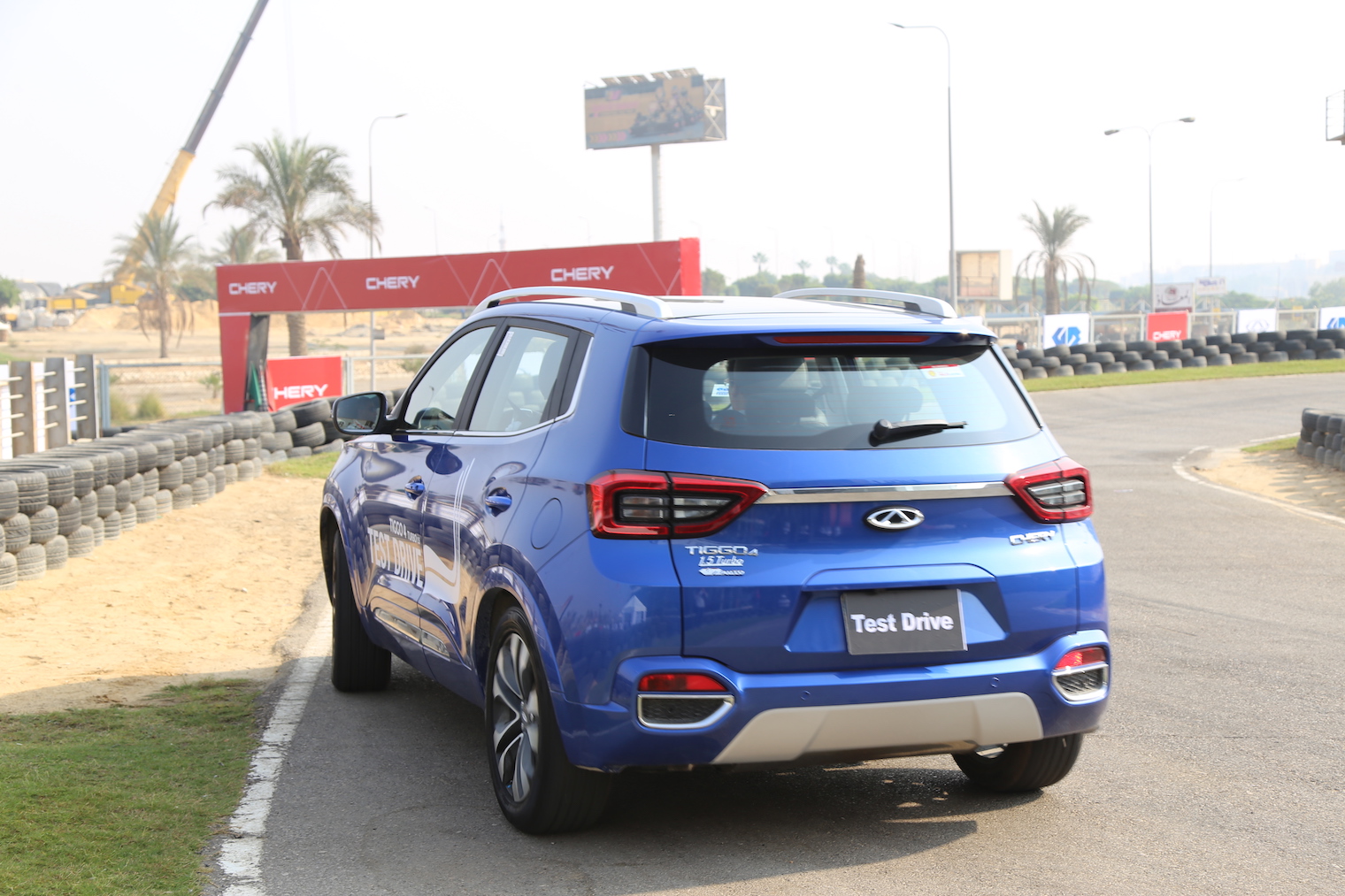 The car relies on a turbocharged 4-cylinder engine, with a capacity of 1.5 litres, connected to a 6-speed gearbox. It comes with 145horsepower and a torque of 210 newton metre. Its top speed is 190 km/h, while the fuel tank’s capacity is 57 litres.

The main thing that distinguishes this car is its engine which has proven great efficiency during the test drive, especially when using the sports driving mode, as the car features a sport driving mode and an eco-friendly mode.

The vehicle is balanced and stable on curves at a high speed, thanks to the its improved wheelbase with a length of 4.338mm, total width of 1.830mm, and a total height of 1.645mm. It also relies on the front suspension system of MacPherson and the Multi-link in the rear.

The new Tiggo is characterised by several safety features to ensure passenger safety, including front and side airbags, ABS brakes, EBD e-distribution of brakes, a BA braking system, in addition to an e-balance system in heights, as well as cameras a censor for easy parking. 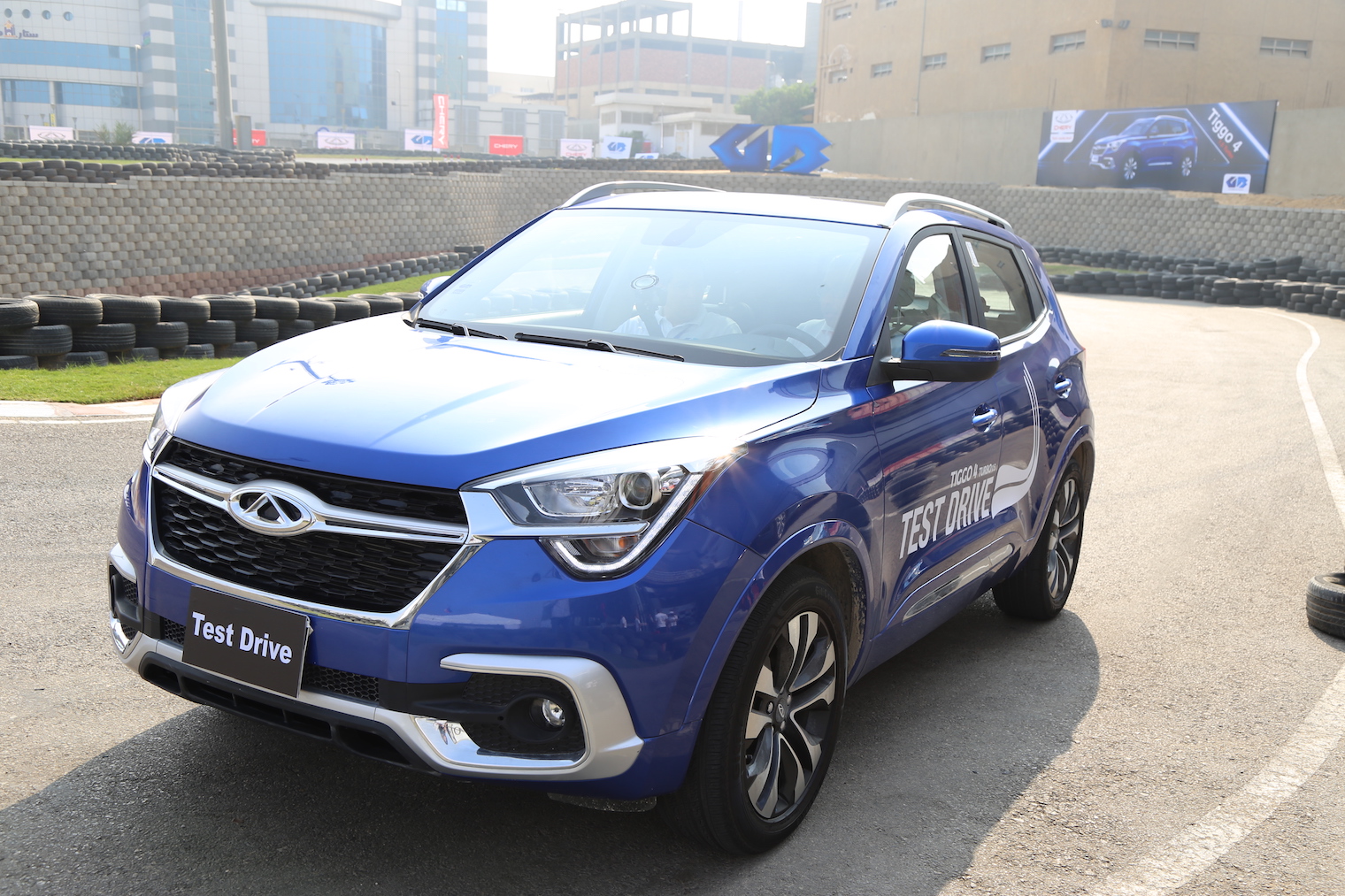 Noteworthy, GB Auto announced in November 2015 that it signed a tripartite cooperation agreement with Chinese Chery and Aboul Fotouh Automotive, according to which GB Auto got the exclusive rights to distribute Chery in Egypt, under the name Speranza, through the service network of GB Auto in the Egyptian market at the time.

Chery managed to record 3505 sold units with a market share of 3.9% in the first nine months of this year, according to the statistics of the Automobile Market Information Council (AMIC).