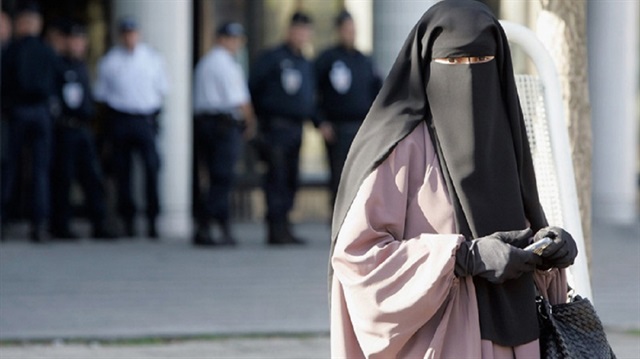 Talks over one of the most controversial topics in Egypt—the banning of the face cover—known as the ‘Niqab,’ returned back to the scene after some MPs declared drafting a bill to ban females from wearing it and entering public places.

Calls for banning the ‘Niqab’ are not new in Egypt society, as they began with debates over its validity in Islam, and for the necessity of others to know the identity of those who are wearing the face cover. Currently, the ‘Niqab’ became a threat to peoples’ security, especially since many crimes were carried out by face-covered criminals. In addition, security forces arrested terrorists hiding under face covers during the past years.

Presently, large groups in the country believe that banning the ‘Niqab’ is a must to maintain the country’s security and fight terrorism.

MP Ghada Al-Agamy said that the bill came to ban the wearing of the face cover in public places and government institution, and whoever will oppose the ban will pay a fine not less than EGP 1,000 which could be increased if repeated.

“The security conditions experienced by Egypt made the ‘Niqab’ ban an urgent demand, especially after it became clear that terrorists use it to hide from security forces,” Al- Agamy justified, noting that that the negative aspects of the face cover have become countless.

“Egyptian national security is in danger, and the ‘Niqab’ is being used in operations that affect Egypt’s security. Therefore, the prohibition of wearing it in public places has become a worthy demand in accordance with the constitution and the law which consider the security of the homeland and the citizen an important goal that must be met,” the member added. 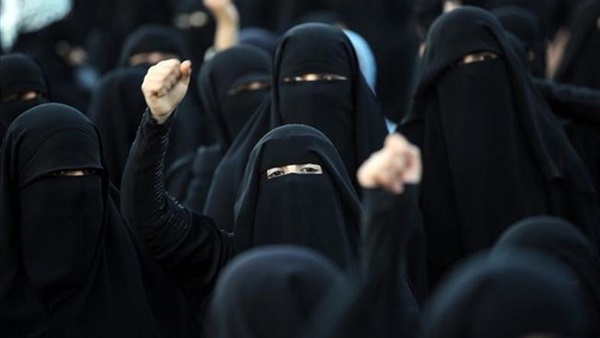 The bill determined that the public places where the ‘Niqab’ will be banned will include hospitals, health centres, schools, cinemas, theatres, public libraries, museums, places affiliated with the state and those not, as well as in public transportation, airports, playgrounds, lecture halls, nurseries, public and private, and any other place categorised by government as a public area.

Al-Agmy said that the bill is supported by other 60 members, and will be presented to the committee of constitutional and legislative affairs for discussion, adding that the law was delayed for a long time and it has to be enforced.

The move came as state judiciary authority issued a recommendation to approve the banning of staff members in all faculties of Cairo University from wearing the ‘Niqab’. In 2016, Cairo University had already banned staff members from wearing it, which stirred a huge controversy at the time, while the university justified the decision by saying that the ‘Niqab’ hinders direct communication with students.

In mid-December, the American University in Cairo declared a decision to ban female students, faculty members, and workers from wearing the ‘Niqab’ inside the university, justifying that the move was for security reasons. Later it was overturned after the university administration met with some of those who are affected by the decision and discussed the issue with them.

Females wearing face cover believe that it is demanded by the Islamic religion, however, disputes over its validity continue among religious scholars.  Article 64 of the Egyptian constitution states that freedom of belief is absolute. The freedom of practising religious rituals and establishing places of worship for the followers of the Abrahamic religions is a right regulated by law.

The wearing of the veil has recently increased in Egypt, especially with the rise of political Islam and Salafist waves. The concepts of the ‘Niqab’ will remain debatable, as there is division over the ‘Niqab’, where some believe it is a form of social freedom, as everyone has the right to wear anything if they are not harming other people, but at the same time, there should be more security procedures to recognise the identity of the face-covered females to ensure security. Meanwhile, other people feel afraid or are uncomfortable in the presence of face-covered individuals, whose faces they cannot see.

Due to security threats, face-covered females were already banned from entering hotels and resultants, among other places, resulting in exposing them to several discriminatory practices.

MP Heba Hagras said that she supports the ‘Niqab’ ban given the exceptional circumstances experienced by the country, as banning the ‘Niqab’ will allow security forces to arrest terrorists and will prevent fraudulent criminals.

She also said that the ‘Niqab’ should not be allowed in schools as the student has the right to recognise their teachers and view their facial expressions during lessons.

“Whoever wants to wear a face cover, can do at home, and never come out with it to the streets,” said journalist Nashwa El-Houfy who expressed her support of the bill.

“The ‘Niqab’ is not part of religion, but rather an old Jewish custom”, El-Houfy said, adding that “the banning of face-cover is not a matter of personal freedom, but a violation of society’s freedom”.

Daily News Egypt conducted several interviews to understand various point of views, which varied between supporting the bill and completely rejecting it. Support for ‘Niqab’ ban came under two justifications including impacting the safety of a place, or personal freedom, while often the debate argued that the ‘Niqab’ was not demanded in Islam. Others say that this bill will add restrictions to the life of fully face-covered females and could be categorised as discrimination, which, in a way, is banning them from practising their social life freely like any other person.

“Niqab is a personal freedom. It is a personal right, however, I am not a big fan for Niqab but I believe the fact that everyone is free to live the way they want as long as I want people to accept me I should accept them likewise, ”Aya Hilal, 25, dentist.

“No, I don’t support the bill, as I disagree with any governmental intervention in individuals’ lifestyle choices. It will open the door for more bans and interventions in everyone’s life,” Mohamed Ahmed, 28, journalist.

“No, I don’t agree with it. Because freedom of dress is part of freedom of expression and freedom of belief, and they are both guaranteed by the terms of law and the constitution. Also because banning Niqab is sort of policing what women should and should not wear and it controls them in ways that are unfathomable,” Toqaa Nabil, 25, journalist.

“It is a clear violation to personal freedom, Niqab is Sunnah and we are living in a Muslim country which follows Islamic Shariaa, so we should at least show respect to it, not ban,” Hend El-Behairy, 28, journalist.

“I support it. I can’t deal with anyone who I am not allowed to see his or her face. Also for me, Niqab is a hide for negative practices,” Fatma El-Dairy, 38, governmental employee.

“After all this number of kidnap, killing fraud cases made by those face covered, I totally support it, My right is to see the face of the one standing in front of me as he can see me,” Nouran Attalah, 27, pianist.

“Speaking of term of freedoms, everyone is free to wear what he wants, and no is allowed to tell me what to wear, especially that it will be illogical to accept bikinis and revealing and reject covered clothes, but we cannot deny the fact that Niqab is a result of many crimes and is not demanded in Islam, so if the law is passed I will accept it,” Aya Zain El-Din, 27, accountant.

“I want Niqab to be banned and I accept also if Niqabis will be forced to take it off because we are in a time that identity of everyone should be clear to all. Also how I can deal with someone I can not see his face,” Nada Magdy, 30, housewife.

The actress and the preacher: victims tasting their own medicine

In Video: The niqabi fashion designer puts soul in clothes

So near and yet so far: Yemeni refugees stuck in Djibouti