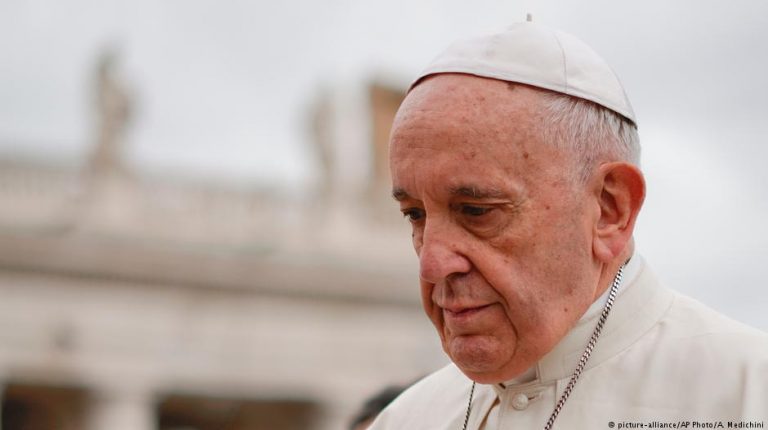 Pope Francis has accepted the resignations of three Chilean bishops who offered to step down after an abuse scandal. Among them is Bishop Juan Barros, whom victims have accused of witnessing sex crimes against them.Pope Francis on Monday accepted the resignation of Bishop Juan Barros of Osorno, who was at the center of Chile’s clerical sex abuse scandal, along with two others in a bid to restore the credibility of the Catholic Church in the country amid accusations of multiple cover-ups.

Of the three, only one, the 61-year-old Barros, is below the retirement age of 75.

It remains unclear whether the pope intends to accept any other departures. Francis named temporary leaders for each of the dioceses.

The pontiff has promised Catholics in Chile that the church would “never again” ignore them or participate in covering up cases of abuse in their country.

A number of high-ranking Catholic clergy in Chile have been accused by victims of turning a blind eye to or hushing up sex offenses committed by the pedophile priest Fernando Karadima during the 1980s and 1990s.

Barros, who was a protege of Karadima, is among those accused of witnessing and ignoring his wrongdoing. He has denied the charges.

Read more: Child sex abuse: How long do the statutes of limitations run in the EU?

Pope Francis himself has become mired in the scandal both for having appointed Barros bishop of Osorno in 2015 despite objections from several quarters and then defending him during a trip to Chile in January.

However, after having read a 2,300-page report on abuses in Chile, the pope admitted having made “grave mistakes” and apologized to victims.

Karadima, who is now 87 and living in a nursing home in Chile, has always denied all charges against him.