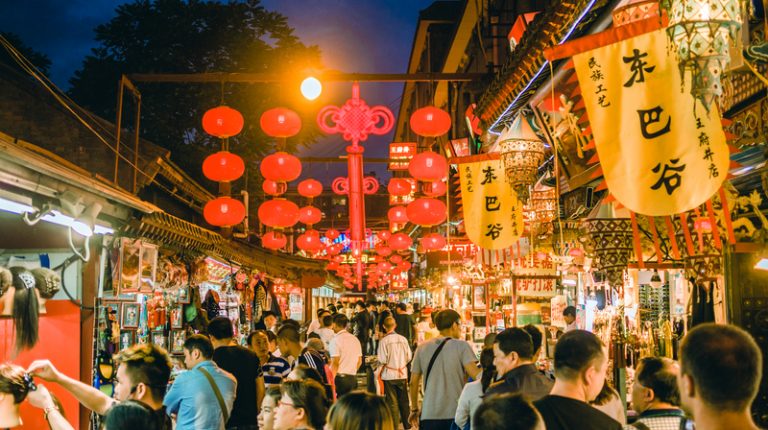 Up until 2015, China was deemed the fastest-growing major economy in the world, with its growth rates reaching an average of 10% over the previous 30 years.

Naturally, Chinese investments have been expanding across the world as Chinese companies seek to invest in both developing and developed countries. “As China continues to grow, develop, and integrate into the global economy, its overseas investments increasingly reflect the growing sophistication of the Chinese economy and the broader commercial and policy goals being set in Beijing,” The Diplomat magazine reported.

According to the China Power Project, affiliated with the Center for Strategic and International Studies (a think tank in Washington DC), overseas investment provides China with an opportunity not only to enhance its own economy, but also improve its economic strength to increase its influence abroad. “Driven in part by Beijing’s ‘Going Global’ strategy that encourages investment in foreign markets, Chinese firms have actively expanded their overseas footprint in recent years and explored investment opportunities in a range of sectors. Natural resource-extraction activities in Africa, Australia, Canada, and Latin America continue to dominate Chinese foreign direct investment (FDI), but Chinese companies have also begun acquiring strategic assets in American and European high-tech sectors,” the China Power Project said.

Chinese investments in the EU

Chinese investments in the European Union (EU) have surged over the past several years. FDI in Europe hit a record of €65bn in 2017, compared to less than €2bn in 2010, according to data collected by Baker McKenzie.

The European Think-tank Network on China recently published a report that gathers original analyses from 19 European countries on the economic and geopolitical dimensions of increased Chinese investments in Europe. The report has shed light on the growing scale of Chinese investments which shifted some attention to underlying concerns that relate to the role of the Chinese state in the economy, in addition to a lack of reciprocity and fair competition inside the EU.

European capitals and the EU need to seek a better balance between risk-management and openness with China, according to The Diplomat. Chinese investments in Europe certainly provide jobs, create growth, and even result in development and technological progress, but they can also be a destabilising, strategic challenge, if not an outright threat.

In 2015, China was considered the ninth largest investor in Africa, accounting for 3% of global investment inflows, coming behind investments from Italy, the US, and France.

Chinese investments in the United States of America have reached $149.69bn in the period extending from 2005 to 2015. The US Bureau of Economic Analysis estimated that China accounted for less than 1% of FDI flows into the United States in 2014.

Canada had a share of $45.98bn worth of investments.

Noteworthy, China’s North American investments are driven by a demand for energy security, as well as acquisition of strategic assets and expanded market shares.

China has a noticeable amount of investments, specifically in Venezuela, Argentina, and Ecuador, as they had the most high-value construction contracts over the past decade worth $16.24bn, $11.98bn, and $6.91bn respectively. China has also entered into investments in the field of hydroelectric power plants in these countries, in addition to several transportation and agriculture projects with Venezuelan and Argentinian companies. It has also recently entered the real estate sector there.

IMF mission expected to visit Egypt in May, announce results of review in June

Most important transport projects of 2017

Inara aims to implement projects worth $300m in 5 years