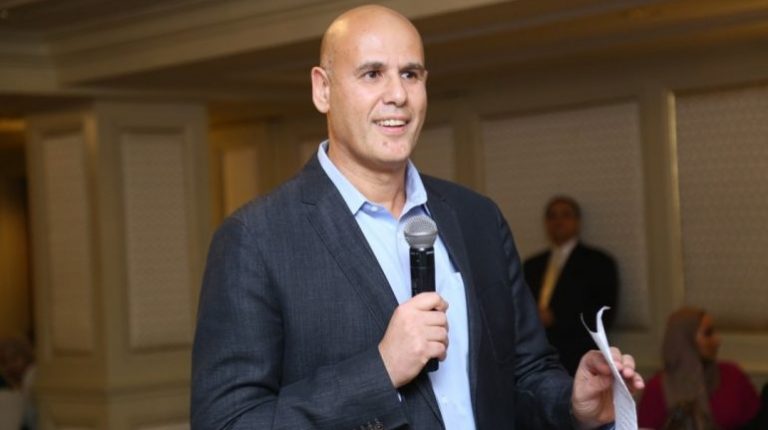 Daily News Egypt takes a closer look at Egypt’s food and beverages sector through the eyes of an expert: Mohamed Shelbaya, PepsiCo’s CEO, who shares his insights on the sector’s performance and his expectations for it in 2018.

PepsiCo perceives Egypt as a country with rich history and diversified resources, which projects a very bright future. Over the past period, several reforms have taken place and several important milestones have been reached. Although some of the adopted measures have shown less positive repercussions in the short term and created economic pressures on consumers, they are positively expected to assemble a more favourable environment in the long term.

Egypt’s macro indicators, as reported by international institutions and credit rating agencies, illustrate that the country is moving towards an increased provisionary growth rate. As per the State Information Service, the portfolio of investments in Egypt has hit $16bn this year and foreign direct investment rose by 13%. This is also strengthened by the business sector’s future plans to rely on local components in their production process benefiting from the difference in exchange rates and the diminishing value of the pound against the dollar.

We deliberate the government’s recent efforts towards supporting SMEs and raising a financial inclusion notion of great value to the market, specifically at this phase.

In my opinion, a competitive and inclusive private sector, supported by sustainable and more commercially-run infrastructure, is crucial. In addition, being enabled by a fair and more conducive business environment, are key engines for economic growth and job creation.

We place confidence in Egypt’s potentials and we are concurrently working through our “Performance with Purpose” strategy to certify that both the public and private sectors are working hand in hand to ensure the wellbeing of all Egyptians. PWP is our fundamental belief that the success of our company is inextricably linked to the sustainability of the world around us. However, one of the fundamental challenges faced by the sector is embodied by the mismatch between the educational system’s provisions and job market requirements. Hence, PepsiCo has been fixated on developing and empowering the youth through a group of initiatives that invest in young calibres, create an entrepreneurial ecosystem and enabling innovation. All delivered it in a way that is responsible and responsive to the needs of society.

Last year’s achieved growth was higher than expected, thus the GDP growth rates in the first quarter of 2017 accelerated from 3.6% to 4.3%. Surely, this was led by manufacturing, construction, tourism, and retail trade, in addition to an augmented foreign direct investment that rose by 13%. Fast-moving consumer goods (FMCG) solely contributed 15.7% of Egypt’s GDP with an estimated market value of $29.2bn in 2015/2016, gradually increasing over the years. The FMCG sector is superbly vibrant and has abundant exporting potentials. Moreover, the industrial and agricultural sector are both vital in order to efficaciously achieve sustainable growth.

Consequently, the agriculture sector plays a major role in supporting national income, achieving food security, and providing raw materials for numerous significant industries. PepsiCo grasped the importance of this sector years ago. Accordingly, in cooperation with 3,000 Egyptian farmers, we productively managed to cultivate 40,000 acres of farmland (Egypt is PepsiCo’s third-largest agro programme anywhere in the world by volume) to produce our snacks from 100% locally-produced potatoes.

Definitely, the first wave was difficult, and had an impact on all businesses and individuals in Egypt. However, I strongly believe that the economy is strongly recovering. This opinion was formed according to reports from international organisations such as the International Monetary Fund, the World Bank, and credit rating agencies. The reforms have not yet demonstrated all their results. However, I personally believe 2018 will hold a remarkable rise for the Egyptian economy. The numbers also prove that, as the Central Bank of Egypt (CBE) remains committed to achieve its goal of reigning inflation, which is expected to decline to about 13% in the quarter ending in December 2018. We even ended 2017 with good numbers, as inflation rates reached 21.9% in December 2017 (according to the Central Agency for Public Mobilization and Statistics).

Regarding interest rates, it is highly implied that the CBE would keep rates steady, citing still-high inflation as a reason for the central bank to delay loosening its policy. However, that does not mean that it’s not on the government’s agenda, but it’s just a matter of time.

The food and beverages sector is considered one of the leading sectors. According to non-oil related investment hotspots, the F&B sector was named one of the sectors of interest in the new Investment Law issued in May 2017. Lucratively, Egypt is among the top 25 markets in the world (according to the 2017 Africa Competitiveness Report).

The food and beverage sector is an exceptionally dynamic one and has huge exporting potential. Henceforward, we expect that this sector will bear to grow, mainly due to the government’s newly adopted direction. The government is persistently working hard to supervise the market and guarantee both fairness and quality across Egypt. In addition to generating the Egypt National Cleaner Production Centre (ENCPC), to guarantee and supervise the overall quality of all operating companies in the F&B sector in Egypt.

We also see Egypt’s potential in being a main exporting hub for the MENA region, with an expanded production and augmented quality.

27% increase in traded goods at Damietta Port in December