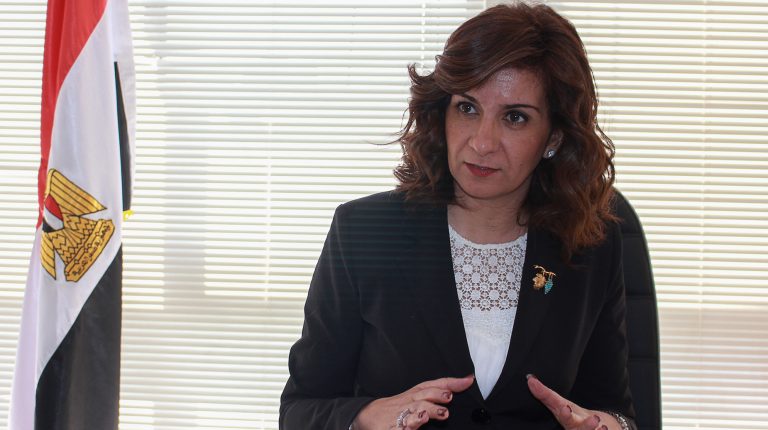 The Egyptian cabinet is currently studying the Law on Social Insurance for Egyptians Working Abroad following its completion after several meetings between the Ministry of Migration, the Ministry of Social Solidarity, and a number of insurance companies, paving the way for parliament to approve it and issue its executive regulations.

The statement came as part of an interview with Minister of Immigration and Egyptian Expatriate Affairs Nabila Makram.

Where does insurance on Egyptians abroad stand?

The ministry has completed the full details of the Law on Social Insurance for Egyptians Working Abroad and the categories covered by the scheme.

The law to be presented to parliament includes the establishment of an insurance complex consisting of 20 insurance companies that will handle the insurance in coordination with the Ministry of Immigration and Solidarity and some of the authorities in the country concerned with the application.

The insurance project will cover three categories: pension, medical insurance for expatriates, and the expenses of transporting cadavers.

What are the problems that hinder customs exemption on cars owned by Egyptians abroad?

There are three aspects which the Ministry of Migration and Egyptian Expatriates Affairs considered as obstacles to the application of customs exemption on the cars owned by Egyptians abroad.

It was a very urgent request for our citizens abroad, so we formed a committee consisting of tax, foreign affairs, interior affairs, industry, and customs departments.

We started working on the possibility of implementing this proposal, but we met many new developments along the way, including the floating of the pound. I contacted the ambassadors of Arab countries who give the right of customs exemption for their immigrants, and I went to economic experts to discuss the matter with them. They all had observations on forming the committee, all their observations were economic and concerned with

how to prove that Egyptians who will benefit from the exemption will be willing to transfer funds, that all the dollar proceeds they owned are at the bank and not at home. It also involves knowing how an Egyptian returning home thinks, as they usually want to keep their car as well as their dollars, and how they would transfer the dollars.

There are three axes that control the decision to exempt cars customs for Egyptians abroad, and the ministry is currently studying how to address them so that there is a balance that achieves the demands of Egyptians abroad and states interests at the same time.

The first aspect is “the citizen at home”, and their constitutional right to equality to the rights granted to citizens abroad with regards to customs exemption on cars, as the citizen inside Egypt also wants this privilege to buy an imported car exempt from customs.

A citizen who lives in the country in this case will have the right to raise a case and demand equality granted by the constitution. The simplest argument to be invoked in this citizen’s claim is that the citizen abroad receives a salary in dollars and lives a dignified life, and does not need that their car be exempt from customs.

The second axis, “the customs proceeds of the state” as this is not a proper time for Egypt to approve a customs exemption for cars of Egyptians abroad.

The third axis has to do with the Ministry of Commerce, strategic industries, and the local automobile industry, as the action may contradict the state strategy to support local industries.

What are the most important portfolios that the ministry is working on in the coming period?

We will soon introduce community dialogue around the Immigration Law. The government is keen to discard the differences between Egyptians and help them adhere to their national unity.

The ministry is currently studying how to fully exempt furniture from customs in addition to customs exemption for cars, which took 13 meetings with officials and those concerned with the file.

The customs exemption is still among the files that the ministry wishes to implement. We are working seriously, and there is currently no contact from parliament about their desire to discuss the matter.

The ministry promised to solve all problems related to investors, education, remittances of Egyptians, and training projects for labour and contracts which were reviewed by the Ministry of Labour.

We are currently working with various state agencies on involving Egyptians abroad in 2030 development projects.

What is the economic support provided by the Ministry of Migration?

We are currently working to provide economic support and put forward the investment file to Egyptians abroad.

The ministry succeeded in activating the one-stop shop for Egyptians abroad in the General Authority for Investment and Free Zones through the allocation of a “services window” at the Investors Services Centre to provide all the necessary investment services for Egyptians living abroad through a unified service portal.

What are the facilities that the ministry will provide to Egyptians abroad to invest in Egypt?

According to this cooperation, the Ministry of Migration will provide Egyptians abroad with opportunities and encourage them to participate and promote these opportunities externally.

We aim, through our cooperation with the Ministry of Investment, to establish a system for joint action to promote investment in the country among Egyptians abroad, and to familiarise them with investment advantages, guarantees, and incentives approved by the new Investment Law, in addition to familiarising them with the financing tools available to them through direct and indirect investment through existing or new mechanisms.

We are currently working to promote industrial projects in coordination with the Ministry of Industry, through the industrial investment map. We aim to reach a better way to invest in Egyptians abroad and to involve them in national projects implemented in their homeland.

What are the details of the protocol that was signed with the Ministry of Industry and Trade to facilitate investment procedures for Egyptians abroad?

Last October we signed a cooperation protocol with the Ministry of Industry and Trade to dedicate one office window at the Industrial Development Authority to serve Egyptians abroad and to respond to their inquiries and facilitate all procedures related to industrial licenses, land allocation, and other services.

We are currently coordinating with commercial representation offices abroad in promoting industrial investment opportunities abroad and facilitating the integration of Egyptians abroad in industrial development efforts, and responding to expatriate inquiries and guidance in this regard.

Immigration and tourism are among the most important state concerns in the current period. What is the role of the ministry in this regard?

We have been working with the International Organisation for Migration (IOM) and the issues of migrants have been discussed and supported.

We have coordinated with the relevant officials of the States of Mexico in order to benefit from the great Mexican experience.

The ministry recently held a five-day workshop with the Mexican side, with the participation of the IOM and more than 20 ministries and governmental institutions.

There are 50 Mexican consulates in the United States that deal with all the problems facing their citizens there, which was preceded by visiting a number of countries and benefiting from their experience in handling the issues of immigrants, including Australia and the United States of America. We participated in the opening of Melbourne City Church Tower, which positively affected foreign currency transactions of Egyptians living abroad, according to data from CAPMAS, and provided financial support to Abu Alreesh Children’s Hospital.

In addition, the ministry has discussed with representatives of the communities, in several meetings, ways of activating tourism. It was agreed to organise visits to many tourist places for the second and third generations of Egyptians abroad, as well as for scientists and geniuses from Egypt, and convey a message of security and safety to the world.

About the camp “Han’eshha Masry” (Live the Egyptian Experience)—the community week announced by President Abdel Fattah Al-Sisi during his recent visit to Cyprus—how much progress has been made on this?

The program includes some lectures on the history of Egypt and its leading role in the region, as well as activities such as safaris and various sports activities.

If Nabila Makram is asked to submit a record of her service in the ministry, what will she present?

Since the ministry’s return, I have resolved 17,000 complaints in many countries around the world. Over the course of 700 days of work, many facilities were provided to Egyptians abroad, including activating the unified window in the Investment Authority to facilitate the services provided to investors, as well as solving the problems with national ID and military service with the Ministries of Defence and Interior.

We have succeeded in providing housing units and land for Egyptians abroad within the Ard Al-Watan Project and promoting Beladi dollar savings certificate.

At a time when Egypt was seeking to erase the impacts of black terrorism, the ministry was an active player in managing the file of Egyptians in Qatar to form a crisis committee with the Ministries of Defence, Interior, Solidarity, Aviation, Intelligence, and National Security.

We organised the first conference of Egyptian scientists and experts abroad to support Egypt’s comprehensive vision 2030, which resulted in cooperation between scientists and several ministries such as the Ministries of Military Production, Aviation, Electricity, Health, Agriculture, and others. Among its results was issuing the Atlas of Solar Energy in Egypt, focusing on fisheries production, building Yacoub Hospital for Cardiology in Aswan, and the operation of many surgeries for Egyptians in Upper Egypt.

Does the ministry seek to establish a fund to raise donations from Egyptians abroad?

Until this moment, we have not sought to establish a fund to raise donations such as the Tahya Misr Fund to collect donations from Egyptians abroad to carry out production and development projects aimed at youth employment.

Tahya Misr Fund directs any donations received from Egyptians abroad to the implementation of development projects.

According to the ministry’s strategy to combat illegal immigration in the most heavily-migratory provinces, these donations will be channelled to productive projects aimed at providing employment opportunities for village youth in these projects.

41.2% increase in remittances from expatriate Egyptians in April 2018

Upper Egypt is source of 80% of internal immigration: new minister of local development

Government seeks to use surplus electricity in construction, operation of desalination plants