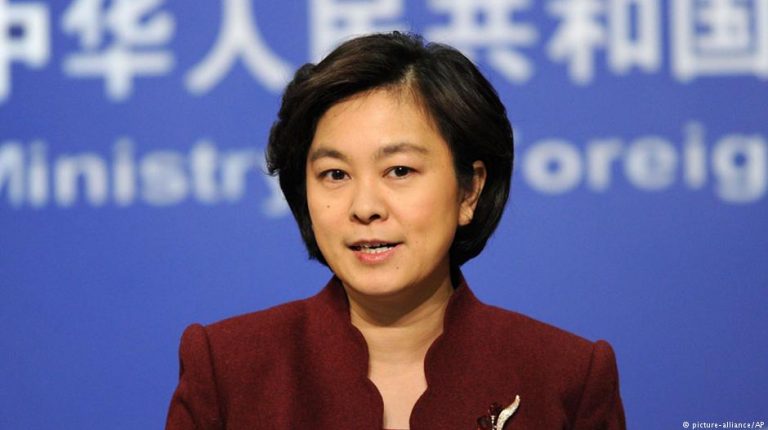 China has defended its trade with the US as a win-win scenario ahead of a speech by US President Donald Trump laying out a new national security strategy that will accuse Beijing of “economic aggression.”Chinese Foreign Ministry spokeswoman Hua Chunying said on Monday that the government in Beijing hoped the new US national security strategy would play a “constructive role in promoting world peace and stability and promoting China-US strategic mutual trust.”

Although noting that she couldn’t comment on the strategy until it was unveiled, Hua told a daily news conference in Beijing that the essence of China-US trade and economic ties was “mutually beneficial and win-win,” adding that China was directly and indirectly supporting 2.6 million US jobs.

The new US national security strategy to be rolled out by President Donald Trump in a speech on Monday will accuse China of engaging in “economic aggression,” according to people familiar with the strategy quoted by The Financial Times (FT).

“The national security strategy is likely to define China as a competitor in every realm. Not just a competitor but a threat, and therefore, in the view of many in this administration, an adversary,” one person told the British business daily.

Trump’s National Security Strategy is expected to be the most aggressive economic response to China’s rising political and economic influence since 2001 when the US supported the country’s entry into the World Trade Organization (WTO).

The document, which has been produced by every US president since Ronald Reagan, comes as China and the United States have repeatedly clashed over trade issues, including state support for Chinese steel companies and intellectual property rights violations in China.

In addition, a lack of progress in reducing the US trade deficit with China in recent month is irritating the Trump administration, prompting it to adopt a more aggressive approach to China.

FT said that Washington may, for example, consider imposing sanctions on big Chinese banks it believed were facilitating North Korean trade and financial flows. The newspaper also wrote that the policy change pointed to the waning influence of Gary Cohn, head of the White House National Economic Council, and the growing power of Robert Lighthizer, the current US trade representative and a China hawk.

Hua Chunying noted Monday that the profits of US companies in China reached $36.2 billion (€30.7 billion) in 2015, and that Beijing would continue to support trade and investment liberalization.

“We are willing to work hard with the US side to dedicate ourselves to building a robust, stable and healthy trade and economic relationship,” she said, adding that this was in the interests of both sides and the expectation of the international community.

However, Trump is under pressure from some Democrats, labor unions and other trade hawks, who’ve criticized his administration for not following through on his campaign threats to take on China over its unfair trade practices.

But economists warn that a tougher US stance toward China could provoke a trade war that might have unforeseeable consequences for US firms and the global economy.