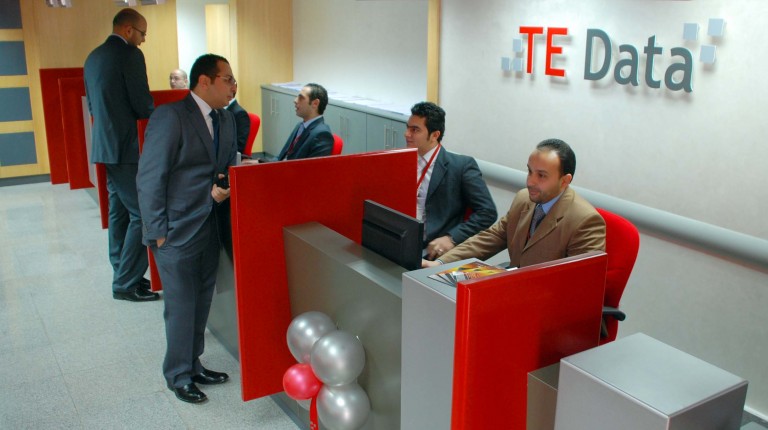 Telecom Egypt continued its preparations to offer 4G services and enter the mobile market. TE Data, a subsidiary of Telecom Egypt, announced it is seeking to hire distributors and dealerships with attractive commissions.

TE Data for ADSL services announced it needs dealerships and distributors for their internet services at a commission rate of 30%. A source at the company told Daily News Egypt that this comes in line with the mother company’s preparations to enter the mobile market and becoming an integrated service provider. The company aims to increase expansion to compete strongly through the added-value services through its subsidiaries, including TE Data.

As for the advantages of working as an agent of TE Data, the official said that they will be provided with an integrated system to accept payments to all the company’s services without any extra fees. The distributor, however, will obtain a EGP 4 commission per bill from the company itself.

The system will also provide all TE Data services, such as signing for new contracts, collecting bills, changing packages, speeds, and recharging the gigabytes for the packages. This means that the distributors will have all the powers of the main branch.

Furthermore, the distributors shall be able to collect the bills of Telecom Egypt, as well as the bills for all mobile companies. In addition, they will be able to recharge phone lines. In the coming period, they will also get the ability to contract for land lines and the 4G services.

Telecom Egypt has signed a local roaming agreement with Etisalat Egypt. Ahmed Behiry, CEO and Managing Director, said previously that his company has reached the best formula for the price of minute and MB with Etisalat, while the roaming services will be provided in cooperation with Orange.

Local roaming means that Telecom Egypt will purchase minutes of calls and data units from the three mobile operators operating in the local market during the period in which the company is building its own 4G networks.