Education is globally considered an ultimate avenue for labour and employment and hence a tool for poverty reduction. Egyptian education has been criticised over the recent decades for not fulfilling its supposed role in the society to provide well-educated and skilled graduates capable of working in the local labour market. After every educational year, the same questions are repeated over and over again: are the new graduates qualified enough to enter the labour market and find a suitable job? How could the Egyptian educational system be linked to the local labour market?

From the national point of view, one can note that educational development is important because of the possibility offered of increasing the supply of qualified manpower. The probability of employment is based on the nature of the education system that prevails within a country. The traditional approach, which gives priority to theoretical knowledge, has been challenged. Different experiments have proved that it could be effective to begin such learning in a more practical context. More practical attention is being given priority rather than theoretical traditional system in most labour markets of industrialised countries.

President Abdel Fattah Al-Sisi has participated in the 4th National Youth Conference held last month in Alexandria. One of the conference’s main topics was “Egypt’s vision 2030” in regard with the government’s plans and objectives in education, health, housing, infrastructure, and other sectors.

The president pointed to the need of changing the culture of society formed over the past 50 years, if there is a genuine desire to provide science and knowledge to children instead of just attaining a certificate.

However, CAPMAS explained that 91.9% of unemployed workforce were university graduates, average and above-average certificate holders.

With a job force increase of about 4% every year—in a country where a quarter of the population is under age 25—it turns out that high school and college graduates are just as likely to be unemployed as those who have not completed elementary school. So to reiterate the question, why can’t the average educated Egyptian find a suitable job?

It is observable that the formal sector in Egypt does not cope with the growing number of job seekers in the country. Every year a large number of people leave the education system as graduates with certificates, diplomas, and degrees, while others simply drop out of the system to enter the labour market to find productive employment opportunities.

Many think that the higher the level of education, the higher the level of earning and standard of living and that a person’s education determines the level of employability. But more notably, in the current labour market demands, the nature of the education system has become a major point of concern as employers are interested in people who have the skills that are compatible with the job demands in terms of skills. So it is a labour-demand market, driven towards skills rather than quick supply of educated people who possess academic certificates without the required skills. Therefore, for students to acquire generic skills sought by employers, it is important that the curriculum in the education system is directed towards acquisition of literacy so that they understand why skills are important in the workplace. The students should receive a sufficient general education foundation to be able to apply successfully for post-school skills training.

The inefficiency of the public education system could be regarded as the primary cause of the shortcomings of the labour force. Apart from the lack of skills’ training at these educational institutions, and the limitations this creates for real life work opportunities, it is important to note that among the jobs that become available to those who are qualified, few of the positions truly fulfill the needs of a young person looking to become independent.

In fact, the job hunt itself is further entangled with social expectations and stigmas, which represent critical hindering factors in professional opportunities.

While education is free and available to everyone from elementary school through to university in Egypt, its actual functionality is largely skewed. School systems and curricula continue to be outdated and weak, and classrooms across all levels of learning, particularly in Cairo, are hideously overcrowded, making learning near-impossible and failure almost imminent.

This year, over 90% of Cairo’s high-school students passed their secondary exams and went onto universities; however, with so many students and so few universities, one must ask: where will they all go?

At the present time, technical education became more important given the inevitable imperatives imposed by contemporary global challenges. It can produce the type of graduates that regular higher education cannot.

Education experts believe that students are basically disinclined to apply to technical schools because most of the Egyptian community underestimate that kind of education. Hence, the Ministry of Education is currently working on the establishment of a university of technology, so that technical education graduates can complete their studies in specialised colleges that contribute to fulfilling the needs of the labour market.

The ministry has already taken several steps in the development and rehabilitation of technical schools. It built 15 new technical schools in 2015/2016, in addition to launching 18 new majors, 360 new classrooms, compared to 130 in the previous year.

Moreover, a number of new technical schools will be inaugurated in the academic year 2017/2018, including the Daba’a Advanced Technical School for Nuclear Applications, Al-Arabi Quweisna School (Japanese project), and the Italian Tech School in Fayoum. 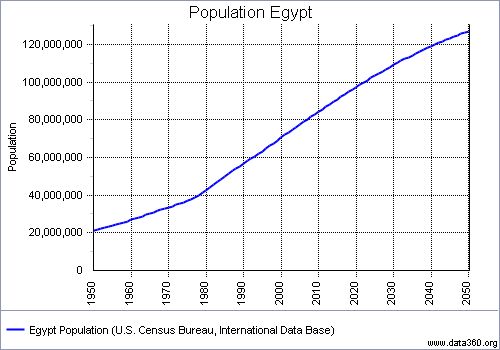 Other countries’ experiences in technical training

Training in Denmark is characterised by periods of training at vocational schools followed by periods at workplaces. The education is arranged as apprenticeship training and usually comprises three-and-a-half to four years. One-third of the training period is school-based and two-thirds workplace-based. In addition to initial vocational training, special commercial and technical colleges also offer entirely school-based and more academically orientated programmes. These confer eligibility for post-secondary studies.

After a reform in 2000, vocational training starts with a basic education at a vocational school. A total of seven basic education programmes are aimed at different branches of industry. The basic education focuses on academic subjects, which are combined with job experience and comprises at most one year. While in basic education, students choose among 89 vocational orientations. A prerequisite for starting alternating training is that the vocational student has secured a contract with an employer. However, those who do not manage to do so can obtain school-based experience. This means that the work experience portion of their training is completed at a workplace arranged by the school. About one-third of Danish employers accept apprentices, but positions are nevertheless scarce in relation to demand.

In Finland and Sweden, most vocational training is school-based and organised within the framework of government administered and integrated upper-secondary schools. Vocational training programmes fall into eight main sectors including social care, technology, and transportation.

Within the framework of these eight sectors there is room for specialisation towards 51 competency areas. Training content and competency descriptions are developed in cooperation with the labour market organisations. The largest training sectors are technology and communication, accounting for about 40% of the total student population, followed by health and social care, as well as tourism and hospitality management, each with 15% of the students.