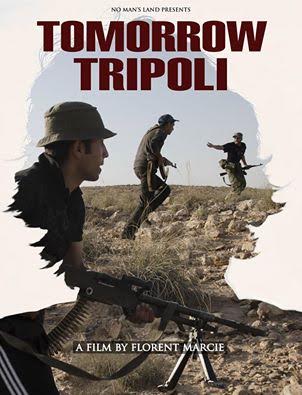 For years, superstar Ghada Abdel Razik and her Ramadan series have been grabbing the attention of many viewers, with the actress’ unexpected roles besides the creativity of the script and the interesting plot—something that might change this year with her latest series “Ard Gaw” (Ground to Air), directed by Mohammed Gomaa.

The first episode of the series spread waves of criticism and sarcasm on social media because of its “misleading” portrayal of the lives of flight attendants and cabin crew.

The General Egyptian Flight Attendant Union released an official press release on Sunday, which condemns artistic works that portray flight attendants this year without providing any realistic information about the nature of their hard work.

The series presents a story of a flight attendant who is accused of hijacking a plane and struggles to prove her innocence. However, the first episode portrayed many inaccuracies, violations, and unethical behaviours among the cabin crew, including weapon and drug smuggling, and showed some hostesses drinking beer and some pilots cheating on their wives and harassing their colleagues.

The General Egyptian Flight Attendant Union stressed in the press release that its concern has nothing to do with the technical side of screening the series, but the image that it reflects on the cabin crew, saying “we totally understand the writer’s imagination in characterising the roles in the series, but there are essentials in any career that writers should be aware of before writing about it.”

“If ‘Ard Gaw’ seeks entertainment, what’s being screened is all about triviality that doesn’t meet the social standards of respect,” the statement added.

The Union stressed its rejection of the way “Ard Gaw” features the decency of cabin crew.

“We are sorry that these sorts of series are being screened in the first memory of Egypt cabin’s martyrs who died in the Paris flight,” referring to the crew of EgyptAir Flight 804, which went missing last May before its remains were found in the Mediterranean.

In her Facebook post, shared by hundreds of followers, Hend Zabady, a flight attendant, explained that working in the aviation field requires long years of studying safety and emergency procedures and is not a way to meet rich Arab men or flirt with plane passengers as portrayed in the series.

She also commented on Abdel Razek’s poor English accent and described it as “a scandal” that cannot be found in any reputable airlines around the globe. However, she compared the series with the Indian “Neerja” series that documents the heroic life of the Indian flight attendant Neerja Bhanot, who lost her life trying to save passengers on a flight that was hijacked by terrorists during a stopover in Karachi, Pakistan in 1986.

The technicalities were another concern that the press release highlighted. The Union condemns the “total ignorance of the cabin crew’s work on board and the mixing between aircraft types that negatively affect the dramatic plot that is supposed to send a certain message.”

The post went viral on social media, reaching over a thousand shares, thousands of likes, and hundreds of comments.

Some of the comments on the post asked syndicates and labour unions to fight any kind of art that misrepresents any profession. However, others defended the role of art in shedding light on some problems and violations, but without generalising it to the whole sector. Other people expressed their anger of such drama series that are inconsistent with the values and rituals of the holy month.

Several flight attendants defended their way of earning a living, stating that it is just like any other job and has its advantages and disadvantages; others stated that what the series displays is actually a real image of what’s beyond the appearance of the cabin crew.

“Unfortunately, this is the mainstream image society has regarding our jobs,” said one flight attendant. “When I first joined the field, I used to be asked directly ‘what price did you pay in order to be accepted?’ as if I must have done something wrong. In reality, it is a job just like anyone else’s. It has good and evil people working in it.”

“You attack the series because you [Hend Zabady] look like a descent respectful flight attendant, but do you want me to tell you how many flight attendants that I got to know and willingly gave me their numbers just while waiting for the bus?” one commented on the post.

Yet most parties agreed that posts such as Zabady’s were nothing but to promote the series and push more people into watching it.

30 Youm: a worthy thriller, or a waste of time?

Not all novels are meant for TV: La Totfe Al Shams

Lawsuit calls for stop screening a series for “insulting president”

Most TV series during Ramadan rely on sexual-related content