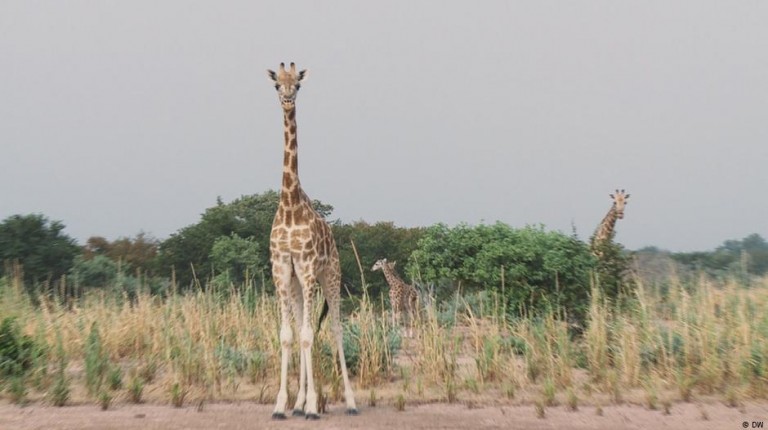 It might sound like a tall tale, but giraffes are in danger. Their numbers are falling in West Africa. But there’s hope. Conservation groups hope a protected area in Niger could help.Project goal: Giraffes and local communities to live together in peaceful co-existence, poachers to be given harsher penalties, tourism to be brought to the region in the long term, financial compensation for the population.
Project partner: Giraffe Conservation Fund (GCF), Aven (Association pour la Valorisation de l’Ecotourisme au Niger), Niger environment ministry
Project size: Kouré Giraffe Reserve close to the Nigerien capital, 18 tourist guides have been trained, 32 villagers live in the area
Biodiversity: Giraffes traditionally move between Niger and Benin. The region is also known for it’s giant termite population, traditional villagers and Savannah landscape.

There are only around 600 giraffes still living in West Africa. The tall animals have even had their status downgraded to ‘vulnerable’ on the IUCN’s Red List of endangered species. In Niger, climate change and drought are having a big impact. Seasons have changed, and the rainy season now comes later. Giraffes are also being illegally hunted and scared away from the region as a result of armed conflict. Meanwhile, people continue to encroach on the land to grow crops such as corn, millet and grain. But the organization Giraffe Conservation Fund and the Nigerien NGO Aven are working to establish a protected area close to the capital, Niamey.

It is a zoo out there: Giza’s new giraffes are a hit