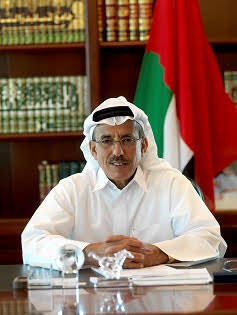 Now that congress has passed the ‘Justice Against Sponsors of Terrorism Act’ (JASTA) into law, permitting individuals, including the family members of 9/11 victims, to sue a sovereign state for the actions of its nationals in contravention of international law, the door is open for a comprehensive independent investigation into events surrounding that earth-shattering day. Lawmakers should have heeded the old adage ‘let sleeping dogs lie’.

In other words, if US courts have the jurisdiction to probe the government of Saudi Arabia’s connection, albeit non-existent, with the Al-Qaeda hijackers, there is nothing preventing other states from enacting similar laws allowing judges to demand answers from the US to questions remaining unanswered by the 9/11 commissioners.

Lest we forgot, over 12% of 9/11 fatalities (372 in total) were foreign nationals who could lodge lawsuits against the US for criminal negligence or for a lack of transparency.

As Kurt Eichenwald writing in the New York Times pointed out, “on 6 August 2001, George W. Bush received a classified review of the threats” during “that morning’s ‘presidential daily brief’ which featured the now-infamous heading ‘Bin Laden determined to strike in the US’”. Over the ensuing months, the CIA “all but pleaded with the White House to accept that the danger from bin Laden was real”.

From March 2001, warnings from foreign intelligence agencies arrived on Bush’s desk thick and fast; some were specific. Italian wiretaps of an Al-Qaeda cell discovered a plot to attack the US with aircraft.

Egypt told US officials that 20 Al-Qaeda terrorists were in the US and four were attending flight schools. Israel presented a list of 19 terrorists on US soil planning to attack. Other warnings came from the UK and Jordan.

The majority of victim’s families accepted compensation from the US government—average pay-out $2m—on condition they relinquished their rights to sue airlines, airports, security companies, or other American organisations open to being faulted for intelligence and inadequate security measures.

FBI whistle-blower and translator/interpreter Sibel Edmonds—dubbed by the American Civil Liberties Union as “the most gagged person in the history of the United States of America”—enjoyed top-level clearance.

While translating documents in Farsi, Turkish, and Azerbaijani, she discovered a plot to attack skyscrapers in major US cities and alerted her managers. She was summarily dismissed and gagged. She later told the 9/11 commissioners that the FBI was aware of an upcoming attack and knew the terrorists were in the country.

And if Saudi Arabia is being hauled to court in the US for colluding or supporting Al-Qaeda—which considered the kingdom as its prime enemy—then there should be no holds barred from holding the US to account for its own dubious associations.

In her memoir “Classified Woman”, Edmonds reveals that the pentagon, the CIA, and the state department maintained ties to Al-Qaeda militants until 2001 and collaborated with their destabilisation activities in Central Asia as part of an operation known as “Gladio B”.

The Sunday Times prepared a four-part investigative series in which senior officials confirmed her allegations, but the story was dropped under pressure from unnamed “interest groups”.

I have no intention of getting into conspiracy theories—although, admittedly there is a tendency to dismiss individuals with valid questions as fantasists—but there is no eluding the fact that the truth remains elusive; many aspects have been deliberately hidden from the realm of public knowledge.

In May, 2002, CBS News reported that George W. Bush and Dick Cheney opposed a “9/11 query panel”. They did everything they could to block it. Ultimately, it was delayed for 400 days. Why was that?

Both declined to testify under oath or to permit their testimony to be recorded. The 9/11 commission was grossly underfunded and several of the commissioners were appointed by the White House; others were discredited as having conflicts of interest.

One of the commissioners, Max Cleland, resigned in December 2003, describing the commission as “a national scandal”, adding: “One of these days, we will have to get the full story because the 9/11 issue is so important to Americans. But this White House wants to cover it up.”

“The chair and vice-chair of the 9/11 commission, respectively Thomas Kean and Lee Hamilton, assert in their book Without Precedent that they were ‘set up to fail’, and were starved of funds to carry out a proper investigation. They also confirm that they were denied access to the truth and misled by senior officials in the pentagon and the federal aviation authority, and that this obstruction and deception led them to contemplate slapping officials with criminal charges,” is a damning paragraph published in The Guardian under the heading “9/11: The big cover-up?”

If there is a cover-up, what is being hidden? The failure of NORAD to intercept the errant planes after the first hit the World Trade Centre (WTC) perhaps? The prompt shipping of WTC steel beams to China and India on the orders of former New York Mayor Rudi Giuliani before they could be examined? The implosion of Tower 7 that had not been hit but which the Federal Emergency Management Committee claimed was due to flaming debris from the nearby taller towers?

There is still no convincing explanation how passengers on two planes succeeded in making calls using their personal cell phones at high altitude when such technology was unavailable in 2001, or why there is no video of a plane hitting one of the most monitored buildings on earth, the pentagon; only one showing an explosion. The FBI confiscated all the government footage including that taken by private cameras.

Those champing at the bit to take Saudi to court on the grounds of seeking the truth should also file claims against the US government and/or its agencies for what appear to be major cover-ups. If not, then they view Riyadh as a convenient scapegoat. Iraq was another.

The families of two businessmen killed on the day took Iraq to court and a federal judge ordered the Iraqi government to pay $64m, notwithstanding that Saddam Hussein had no links whatsoever to Al-Qaeda or any other terrorist group, as confirmed by the CIA.

Indeed, the 9/11 commission report cites Iran as permitting some of the hijackers to move through the country without having their passports stamped. In March this year, US district judge, George Daniels, ruled that Tehran must pay $7.5bn to 9/11 victims’ families, and $6.88m in punitive damages.

Congress would have been wise not to dredge up 9/11 after 15 years when most people had forgotten the anomalies, not to mention the repercussions in terms of US-Saudi relations, the potential outflow of funds, and the setting of a precedent inviting other states to pass their own JASTA-type laws that could see US service personnel and officials vulnerable to being exposed to liabilities abroad for what president Barack Obama euphemistically describes as “all the work we are doing around the world”.

Congress should quit flailing around looking for a country to blame. The hijackers are dead. Osama bin Laden was assassinated. Lawmakers should be calling for a truly independent 9/11 enquiry but they will not, because that would be a populist disaster and a kiss of death to their careers. Saudi Arabia, on the other hand, is disgracefully classed as fair game.

Khalaf Al Habtoor is a businessman and chairman of Al Habtoor Group. Al Habtoor Group is a Dubai based cooperation with extensive business interests in the region and worldwide, including: hospitality, education, automotive and real estate.

Adage: fighting misconceptions about Islam with cartoons and illustrations

My message to Obama’s successor