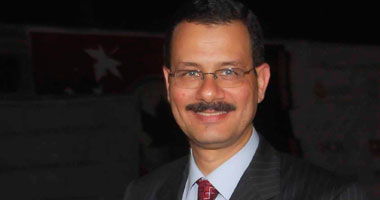 Construction of six new berths in an area 5km east of Port Said will be completed in February at a total cost of EGP 10bn, according to Ahmed Darwish, chairperson of the General Authority for the Suez Canal Economic Zone (SCZone).

These new docking sites include three berths for containers, two berths for cars, and another berth for public use.

Darwish told Daily News Egypt that the two container berths and the car berth are expected to be operational before the end of 2018.

Business operators and the transport of devices and equipment comprises about 18 months of the total construction work, he said.

“A memorandum of understanding is scheduled to be signed with international company Tota Zhuzhou in the coming days to act as operator of the car berths,” said Darwish. “The current phase is witnessing a large turnout of investors and companies on heavy industry projects in the East Port Said area.”

Darwish pointed out that China is one of the largest investors so far in the SCZone axis as the country acquired the right to develop more than 7m sqm in the region.

He said that the SCZone has received a large amount of investment applications from several companies, including German, British, and Spanish companies.

Saudi company Josour is now conducting feasibility studies for a number of projects and will decide on a project to start in the coming period.

In November 2014, businessman Saleh Kamel announced the establishment of Josour and the formation of investment partnerships between Egypt and Saudi Arabia to invest in new projects in the Suez Canal with a capital of EGP 3bn.

‘No sell-out of German businesses’

Business delegation to visit UK to market investment in Egypt

Ask-Capital signs contract for development of 6 sqkm in SCZone