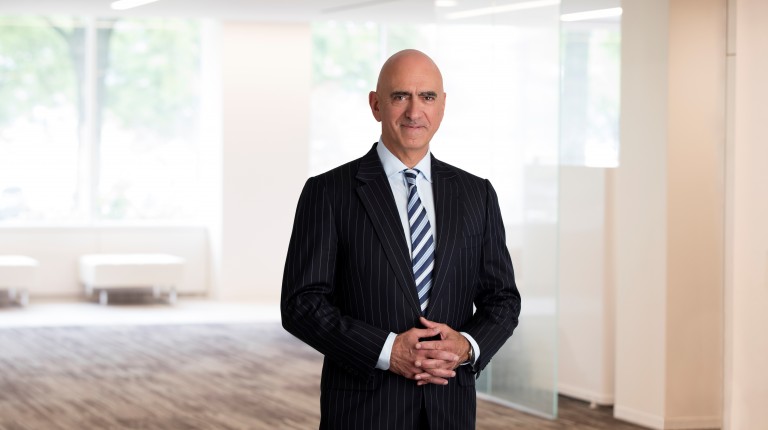 Latif Group signed a management agreement on Monday which will bring the Ritz-Carlton hotel to the resort town of Sharm El-Sheikh in South Sinai.

The signing ceremony was lead by founder and chairperson of the group Nasser Abdel Latif, and president and managing director of Marriott International for the Middle East and Africa Alex Kyriakidis.

The all-new Ritz-Carlton Sharm El-Sheikh will be located in Sharks Bay which is often described as the ‘gem of the Red Sea’. This project is funded with total investments of $600m and the hotel is expected to be operational by 2020.  With a primary target of capturing the global affluent leisure traveller, the resort will have 252 rooms, including 12 villas, three restaurants (including two specialty restaurants), a number of pools, a destination spa with private treatment suites, and a range of water sports activities as well as the largest shopping complex in Sharm El-Sheikh.

To mark the occasion, an exclusive and lavish reception was held at the Nile Ritz-Carlton, Cairo and was attended by dignitaries, ministers, and VIPs.  Speaking at the event Abdel Latif said: “This is a momentous time for Egypt as we focus on longer-term investments and the development of tourism in our beloved country. I am excited to be partnering with Marriott International in bringing this iconic hotel brand to the Sinai Peninsula.”

Kyriakidis said: “This is the latest in a series of important landmark hotel signings and openings we have made in Africa, in Egypt in particular.  We believe in Egypt, and we are thankful to our owners and partners, Latif Group, who have helped further our vision for growth and prosperity in this enigmatic country.”

Abdel Latif is a leading investor in the country’s hospitality sector. This partnership will aid and reinforce Egypt’s mission to expand its travel and tourism industry by offering global travellers a diversity of options.

On this occasion, Daily News Egypt met with Kyriakidis and discussed the state of tourism in Egypt, the challenges, and the goals for the future.

Why was the decision to open the hotel in Sharm El-Sheikh not taken immediately after certain countries announced that it is officially safe to travel via Egypt’s airports?

The hotel industry is one that is for life; it is a long-term decision. It is almost like a marriage. Coming together with an owner to invest in a hotel requires effort. It is not a decision that can be based on just a few months of discussion—sometimes not even after a year or two—as realistically, it would take two to three years to build a hotel. After which the owner, of course, wants a return on his investments.

Thus, when it comes to hotels, we have to take a medium, or even long-term, view. In this situation we look back at and learn from history.

We have been in Egypt for 35 years since we opened the Cairo Marriott. In that time, we have expanded to reach seven hotels across Egypt. We have seen good times and also challenging times; however, whatever the situation our owners have never lost money—this is the nature of our business.

We cannot just say: “There was a terrorist attack, so we have to stop everything”.  If we followed this logic, then we would not be doing business in London, Paris, Brussels, as they have all suffered terrorist attacks. That is not the way we look at our business. Our business is designed for the long term.

What is important for us is seeing the government and our partners come together to improve the situation.

What is your opinion of the Egyptian government?

I can see that the government is working on securing the country as well as investing and securing the country’s airports. That is the key for us. When potential tourists also see all this and realise that it is safe to travel, they will come immediately.

Moreover, Egypt is a good value for tourists—you could spend five times as much in other Mediterranean countries to experience what Egypt has to offer. Egypt also has beautiful weather, sea, amazing culture, and amazing people—in other words, all the essential components for successful tourism and a great value proposition. Egypt is a special country for tourism and tourists really want to come back, they just need to feel secure.

We—the Marriott, the government, and the owner—are working as a team to bring tourism back. While this will not be an easy task and will require a lot of time, we are confident that things will improve and tourists will come back.

Can you tell us about your talks with the Egyptian Ministry of Interior Affairs about security in the tourism sector?

We take safety and security very seriously. The upcoming opening of the hotel will have a  focus on physical security. However, making our hotel secure is not the answer. It must be the country itself that feels secure. This is where the government, the industry and our owners should come hand-in-hand.

Before this conference, I met with the prime minister and the minister of tourism. The prime minister told me that his government is very focused on improving security, and making tourists feel welcome again. This is very positive to me.

We are working closely with the government and our partners to address as much as we can security-wise. Our mission is not only for our guests to feel safe, but also for our people, staff, and associates to feel secure as well.  As part of my responsibility for Marriott hotels, I am also responsible for their safety.

The Ritz-Carlton will be located in Sharks Bay near the Four Seasons hotel. What will make your hotel stand out from other famous hotels there?

The close proximity is a good thing: when luxurious global brands come together to develop a destination, it begins to enhance the image of this destination.

By bringing Ritz-Carlton to Sharm El-Sheikh—and I think Fairmont is also coming to the city—we will collectively bring the city up to a higher status.

There is nothing wrong with mass market tourism, as it brings people to the country and adds value. You need the luxurious brands for the world to say “wow” about Sharm El-Sheikh.

How can the devaluation of the Egyptian pound against foreign currencies  benefit tourism?

Countries that previously had a good value preposition and whose economies were based on oil and mining have suffered in those industries due to the devaluation. The tourism industry, on the other hand, has gained from this move.

As an example, this year in South Africa we are expecting a 15% growth in our revenues, thanks to the demand of travellers coming to South Africa who can now buy a lot more with $1 than they could a year ago.

The same can happen to Egypt, we just have to overcome the negative image of Egypt’s security protocols and safety.

Can you briefly tell us about the Marriott sports destination opening in the UAE?

It will be under the name of Al-Forsan and will be located in Abu Dhabi. It was developed by the owner as a sports-oriented destination. It has everything from horse riding to football pitches, basketball, and amazing facilities for swimming.

The whole idea is that it will be promoted for top sports teams to come and prepare for major events and competitions, especially as winter in the UAE is mild which makes it an attractive destination for active people.

We should open it by the last quarter of this year.

Occupancy at Nile Ritz Carlton stands at 50% throughout January