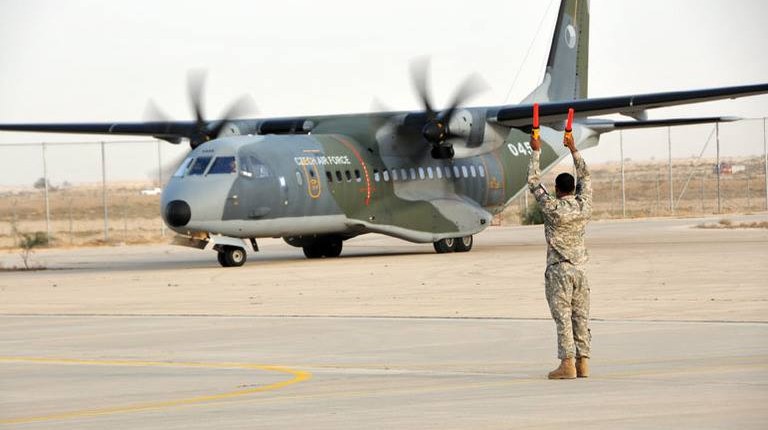 The US, Egyptian, and Israeli governments have begun official discussions concerning the structure and functionality of its contingent of the Multinational Force and Observers (MFO) in Sinai, following recent militant attacks in Sinai last month.

The attacks prompted the evacuation of personnel from the mission’s at-risk outposts.

The MFO mission refused to comment on media reports that stated that the US is mulling pulling troops out of the most endangered mission outposts in Sinai, telling Daily News Egypt last week that the MFO “with the strong support of the parties of the treaty and all our contributing states, remains committed to performing its treaty mission in a comprehensive, efficient and effective manner”.

The MFO was established by Egypt and Israel following the 1979 peace treaty between both countries. The purpose of the MFO is to ensure the implementation of the peace treaty.

A deadly attack on the Al-Safa security checkpoint in North Sinai’s Al-Arish, claimed by the “Islamic State”-affiliate in Egypt, “Sinai Province”, resulted in 15 deaths within the police force deployed at the checkpoint. Hours after the attack, the MFO evacuated two outposts south of Sheikh Zuweid, close to the borders with Gaza.

An security source told Daily News Egypt the evacuation came to enhance the security of the checkpoints and to ensure the safety of logistical routes, after repeated deadly attacks by militants in the area.

The MFO confirmed to Daily News Egypt, three days after the attack, that it removed all its personnel from two remote sites, adding that it has changed “the status of remote sites in the past”.

However, the MFO mission did not specify the reasons for removing personnel from the outposts at the time, stating that the changes “have no impact on the MFO Treaty of Peace mission”.

Subsequently, a spokesperson from the US Department of Defense was quoted by CNN as saying, “the US believes the threat of militant attacks—including from ISIS-related groups—in northern Sinai, where the land mass borders Israel, is only growing.”

A department spokesperson, Christopher Sherwood, told the US news network, “we are in continuous contact with the MFO and adjust force protection capabilities as conditions warrant.”

At a press conference held on Thursday, Vice Director for Operations of the US Joint Chiefs of Staff Andrew Lewis echoed this intention, stating that the mission’s methods of functioning have been adjusted to ensure the safety of the troops in the turbulent area.

When asked whether there are plans to pull US troops out of the region, Lewis said there that discussions are ongoing, adding that should not be on “the plans to whether to pull them out or not, but to what that looks like … within the US government and within the governments of Israel and Egypt.  And those discussions are happening at the very highest levels.”

MFO denies being attacked on Monday

Peacekeeping in Sinai: a change in the cards