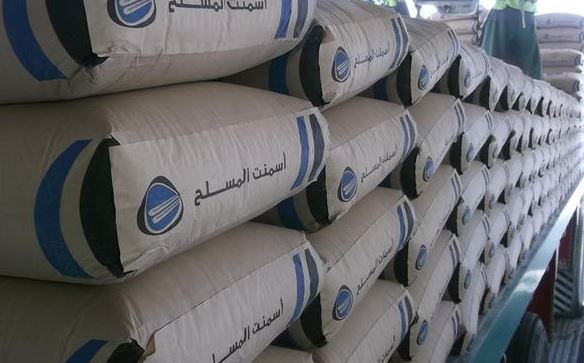 The board of South Valley Cement Company (SVCC), headed by the company’s Vice Chairman and Managing Director Fahd El Shobokshi, will convene at the end of April to discuss the company’s position on the competition for the new cement licenses proposed by the Ministry of Industry and Trade.

The meeting will also decide on a plan for expanding the production capacity, according to Board Member Ahmed El-Mikati.

El-Mikati explained that there are two opinions in the company. The first is to complete the plan of importing two clinker mills to produce cement: purchasing clinker from the market and then producing cement, while the second is to build an integrated production line.

He explained that the cost of the integrated production line will range from $150m to $200m, while the production capacity of the lines’ licenses proposed by the Ministry of Industry and Trade are ranging between 1.5m and 2m tonnes per year.

El-Mikati pointed out that some people within the company object to building an integrated production line due to the high cost, which pushes the company towards more reliance on banks in financing.

However, El Mikati said there is another team, which he is a part of, that prefers to build an integrated line to provide the needs of the company, instead of relying on other producers in the production of clinker.

Thirty-five local and foreign cement companies received the requirements of the licenses of building 14 cement factories from the Industrial Development Authority. All of the 14 mentioned factories will use coal in operations.

The Industrial Development Authority gave cement companies willing to obtain new licenses to present their technical and financial offers until 10 May to apply.

El Mikati believes the Egyptian market can absorb new production. In addition, factories are observing markets in Syria, Libya, and Yemen, waiting for any relative improvement in the current security and political situations, which would enable factories to direct part of production towards them.

Commenting on the company’s performance, El Mikati said last year saw a decline in the sale prices of cement and this decline will appear in the financial statements of the fourth quarter. The prices fell by 25% compared to the same period in 2014.

However, prices began to improve in the beginning of the year, decreasing the percentage from 25% to the 7%, said El Mikati.

South Valley Cement to covert to coal for $19.5m cost