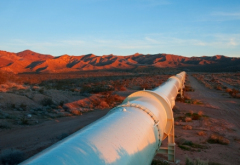 After the political instability, which led to economic and tourism decline in Egypt, travel companies began offering packages for travel abroad.

According to a source at Zeetrips who requested anonymity, interior tourism is facing a notable decline, while the demand on external tourism is very high.

Obtaining visas, especially Schengen visas, is difficult for Arabs and Egyptians. As such, travel companies undertook the responsibility to obtain visas for their customers.

They have sought to ease the burden on their customers to book flight tickets, hotels and arrange tourist programmes during their stay abroad,  especially since the culture of travelling abroad is still not widespread among Egyptians.

These travel agencies market their services mainly through Facebook and other online outlets, such as Zeetrips.

The company said that the requests focus mainly on Europe.

In that regard, Destination 31-Explore Earth Company began promoting countries that are not popularly visited by Arabs, such as Croatia, Slovenia and Austria, according to the company.

Destination 31-Explore Earth also launched packages for places in Africa, such as  packages to visit Zanzibar (Tanzania) for seven days at $710, with an extension to the rest of Tanzania at $690, as well as Nepal for nine days at $790.

In addition, another travel agency, Network Travel INT, distributed marketing flyers in popular social places, like the Shooting Club, and marketed its offers on social media, which included more than one package for the same destinations.

The area of Russia and Eastern Europe were not excluded from the company’s packages as it has organised trips to Moscow for seven nights at EGP 6,990; St. Petersburg and Moscow, for eight nights at EGP 9,990; and Budapest, Bratislava, Prague, Salzburg and Munich for 16 nights at EGP 14,990.

Network Travel INT applied a new technique, which allows customers to pay for their trips in instalments.