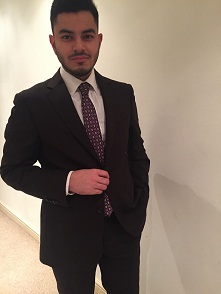 Central Bank of Egypt (CBE) director, Hisham Ramez took the decision of unexpectedly cutting nationwide interest rates by 50 basis points on the inflation expectation. This decision was implemented due to the current volatility of the crude oil prices per barrel that had been fluctuating, since the organisation of the petroleum exporting countries (OPEC) decided to leave production levels unchanged.

The CBE’s Monetary Policy Committee revealed that deposit rates were cut to 8.75%, lending rates reduced to 9.75% and the discount rates were additionally cut to 9.25%. It was also disclosed in a statement that the risks out-sourced from abroad would continue to be controlled on the back of reduced crude oil prices.

After increasing the key interest rates by 100 basis points in July 2014 (to compensate for the removal of the governmental fuel subsidies) the committee, with speculation over the current global affairs and developments in the crude oil market, has decided to reassess cutting key risk rates surrounding the national gross domestic product and the inflation outlook. And with regards to the CBE, Ramez doesn’t have a reason keep to the rates high.

Seeing as several different elements and factors – including the drop in international crude oil prices – signifies that there will be a steady decline in inflation within the next six months to a year. Especially with evident decline in oil prices internationally and locally since mid-November, producers will have no intentions of either increasing the supply of crude oil or raising the price per barrel. This in fact denotes the benefits of cutting rates and lowering interest rate, as the Egyptian government will find it cheaper to borrow and further better finances for the private sector endeavours.

Furthermore, the blow the economy took from the July retrench of fuel subsidies, has lead to the gap that has entailed a disparity and widening between the differences in prices which raised the pump charges by almost 78%. But in hindsight, despite the increase of the cost of diesel in Egypt, the decline in oil prices globally entails that the inputs used in production will be less expensive for domestic producers.

In conclusion, there are always victors that will benefit and underdogs that will suffer from such happenings; the provisions are clear but are yet to be set in stone, with that being said prices annual rose to 10.13% from 9.1% in December.

Ahmed El-Wahsh holds a masters degree in Banking and Finance from Queen Mary, University of London. He works as an assistant portfolio manager at QUMMIF Investment Hedge Fund