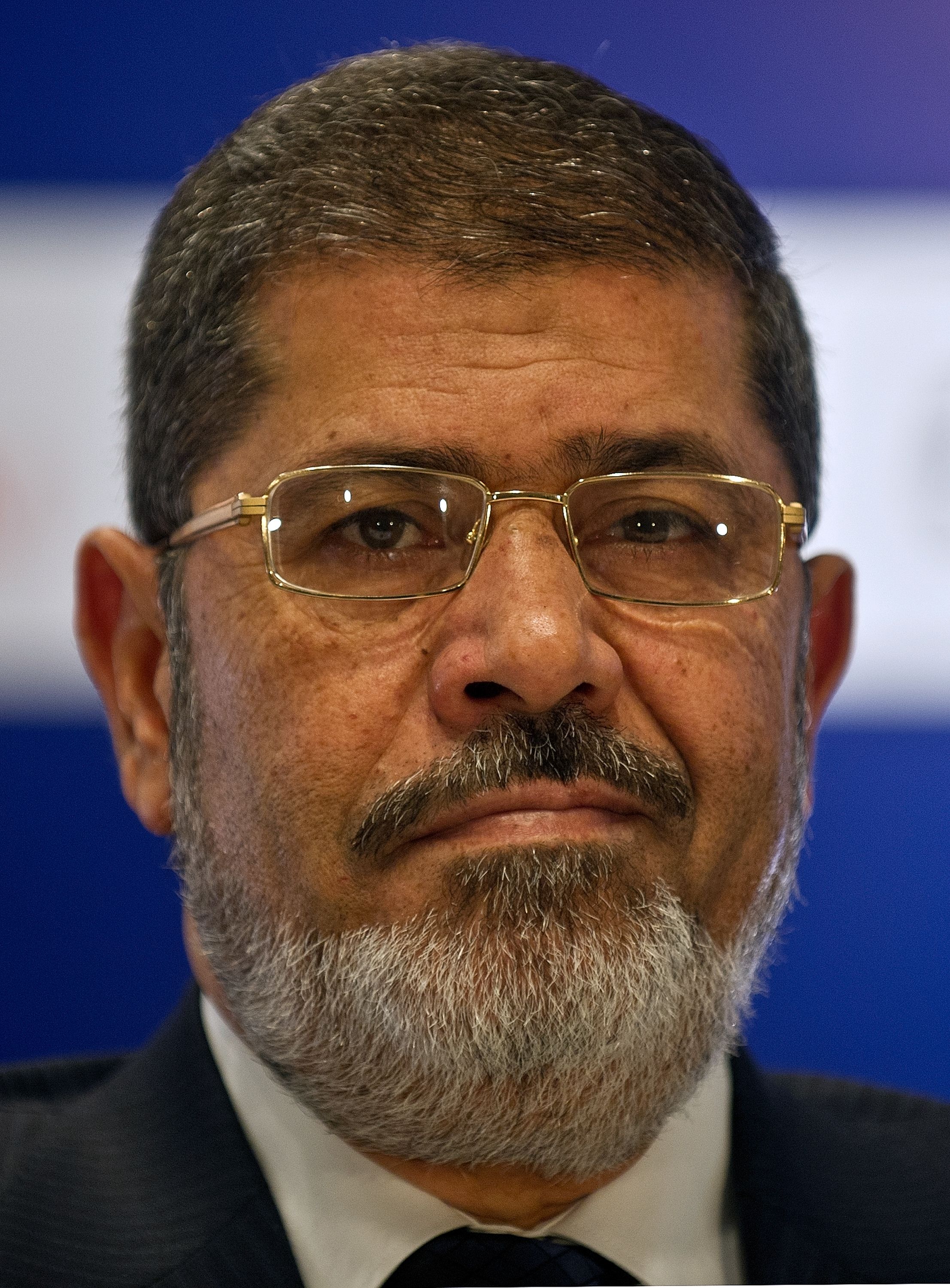 Twenty two of the defendants attended the court session held in New Cairo’s Police Academy. Morsi was held individually in a separate confinement from the other 21 accused.

In segments broadcasted by State TV, defendants chanted “down with military rule” and refused to answer Judge Sha’ban Al-Shamy’s questions, claiming not to hear the judge. Morsi yelled at the judge, “Who are you? Who are you?” with Al-Shamy replying that he is the head of Egypt’s criminal court.

“Everyone on the streets says so; anyone participating in this plot is committing a crime against the legitimate Egyptian constitution,” she added, referring to the suspended 2012 Constitution.

The 131 defendants are charged with kidnapping four police officers and holding them in the Gaza strip, using heavy armaments against the Egyptian government, breaking into prisons, breaking prisoners out, murder and attempted murder of police officers, among other charges, such as committing violent acts affecting the unity and independence of Egypt and setting fire to government buildings.

The referral statement issued by the prosecution described these alleged crimes as “the most dangerous acts of terrorism the country has ever witnessed”.

Investigations Judge Hassan Samir’s investigations, which started in April 2013 according to the referral statement, revealed that the Muslim Brotherhood’s international organisation “constructed a terrorist plan which aimed at destroying the Egyptian state and its foundations, and restructuring the nation on a religious basis”. The plan was executed by the “[Muslim] Brotherhood organisation in Egypt, some foreign states, Hamas and Hezbollah”.

According to investigations, the plan aimed at installing new regimes in the Middle East to serve the interests of foreign states, “especially Israel, by using a part of the Sinai Peninsula to resettle Palestinians who reside in the Gaza strip.”

This plan reached its climax, the referral statement said, when the Muslim Brotherhood exploited popular anger during the 25 January Revolution as “foreigners who infiltrated the country united with jihadists in Sinai to attack the eastern border area, attempted to control 60km of the border with the Gaza strip, attack police installations, break into prisons, and free imprisoned [Muslim] Brotherhood [members], Hamas, Hezbollah members and criminals to incite chaos.” The statement also added that the Muslim Brotherhood gave the foreigners forged Egyptian ID cards, cars, motorbikes and gas to produce Molotov cocktails.

According to the referral statement, investigations also revealed that 800 foreigners, affiliated with Hamas and Hezbollah, infiltrated Egypt through tunnels with SUVs while in possession of heavy armaments, RPGs and mortars, which they used against police and governmental installations in the eastern border area and killed several policemen.

They later moved in three groups to attack Wadi Al-Natrun Prison in Beheira Governorate and Abou Zaabal and Al-Marg prisons in Cairo, the statement alleged, which they successfully broke into , killed over 50 policemen and prisoners, and freed their fellow members and 20,000 prisoners. They also vandalised and stole police equipment, cars and arms and kidnapped four policemen.

Morsi had been detained in Wadi Al-Natrun Prison and was one of those who had been freed after the 28 January 2011 prison break.