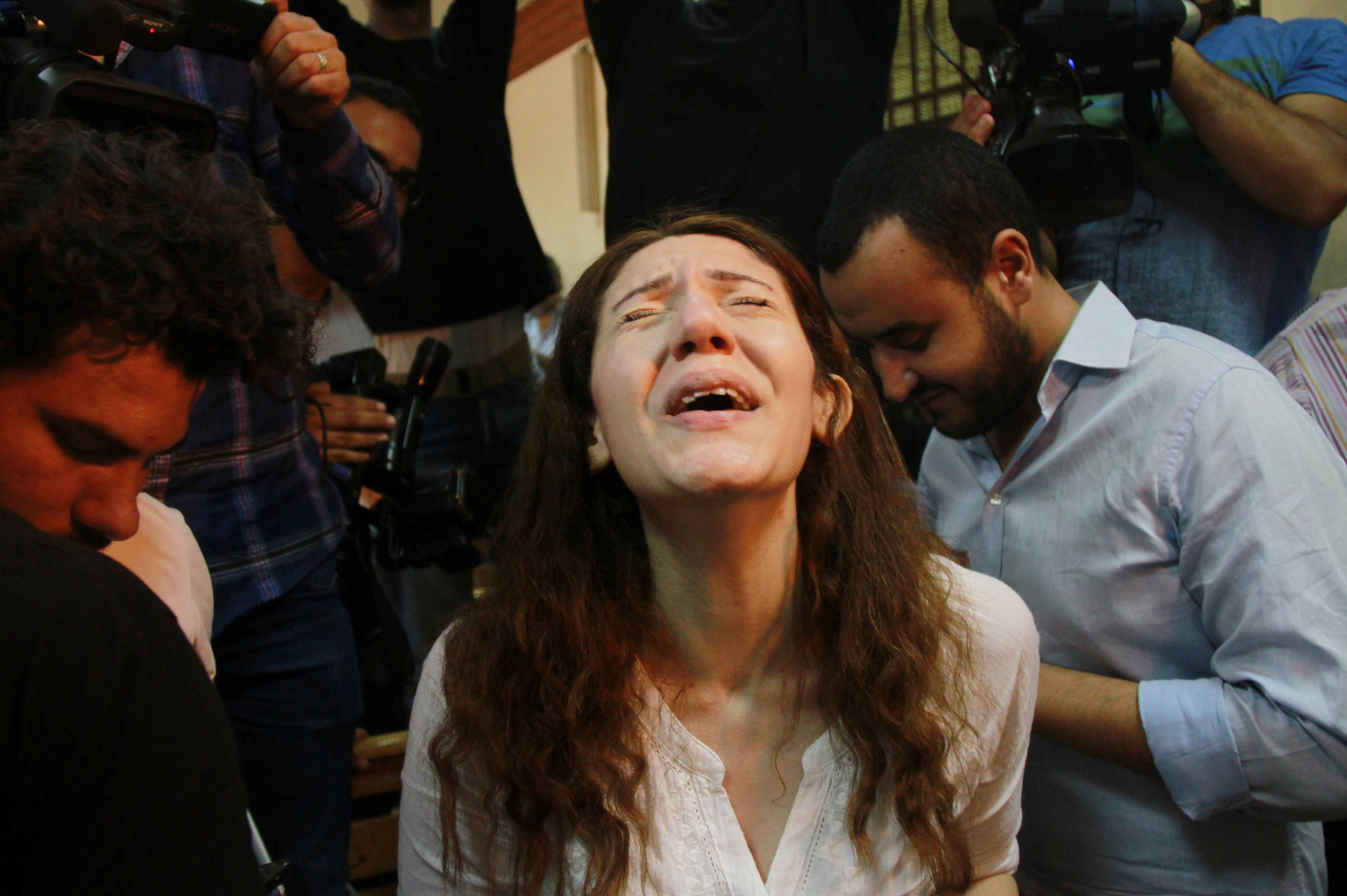 The press release cited 22 points detailing those efforts, divided into both a general and legal framework. MOFA measured violence against women as ranging from the lack of political participation, discrimination to crimes of rape.

The most important points in the release were concerned with the constitutional and legal protection of women as well as the efforts of the National Council for Women (NCW) in monitoring the commitment of governmental and nongovernmental agencies concerned with countering violence of all forms against women.

“The National Council for Childhood and Motherhood, which reports directly to the Prime Minister, counters female circumcision by implementing a national programme designed to raise social awareness against female circumcision and to limit social and cultural pressures to practice female circumcision,” the release read, adding that the council announced that 120 Egyptian villages are free of female genital mutilation.

MOFA also praised the role of civil society associations for the protection of Egyptian women, especially in the fields of research, and holding training sessions to combat violence against women.

The release also discussed the legal efforts taken by Egypt to criminalise “all forms of violence against women”, including the possibility of execution as a punishment for crimes of rape. “Sexual harassment, through the use of force or threatening to do it, is penalised by Article 269 of the Penal Code, as amended by Decree No. 11/2011,” MOFA stated.

However, these efforts do not seem to bear fruit in reality.

Around a hundred people protested outside the Shura Council building in Downtown Cairo on Wednesday, demanding that the constitution, currently being amended, contain articles protecting the rights of women.

Abdel Baset, a gynecologist from Zagazig participating in the protest, said: “Women are abused here in Egypt. This happens all the time. We are here to ask for the right of women to participate in politics.”

World Bank Indicators show that Women form up to 49.79% of the total Egyptian population as of January 2012.

Elsadda, in an earlier interview with Daily News Egypt, commented on the status of women in Egypt: “What we need are clear concepts, such as equality, non-discrimination and state justice. If it is totally in my hands, I would adopt an article about [affirmative action], but it will cause huge disputes, for many reasons. What I mean is temporary procedures to decrease the margin between a faction in society that is marginalised and the rest of society. So, to save ourselves the fight, what we need is for the state to take the necessary steps to ensure justice.”

The lack of women’s participation in politics is not the only reason Egypt is ranked the worst Arab state for women rights in the Reuters study. Islamist Al-Nour Party, a voting member of the Constituent Assembly, criticised Article 11 of the constitution, which guarantees gender equality.   “Gender equality should be restricted in a manner which doesn’t breach Islamic Sharia,” said Salah Abdel Maaboud, Al-Nour’s backup member in the Constituent Assembly.

The MOFA press release stated: “The principles of Islamic Sharia have historically been the main source of legislation in Egyptian constitutions, and the constitution currently being drafted is expected to be no different. Among the principles of Sharia is the right to protection from violence and discrimination, which necessitates the issuance of legislation that criminalise all forms of violence to which women might be exposed.”

The Reuters poll results show that Egypt suffers from the highest rate of sexual harassment for women in the Arab League states and the world, with 99.3% of women are said to suffer from sexual harassment. Further, less than one percent of women who ran for elections in 2012 were actually elected. Muslim women are not allowed to marry non-Muslim men, or they risk being criminally convicted of apostasy, or deserting their faith.

NCW media adviser Abeer Aboul Ella expressed her “deep sorrow” for the state of Egyptian women in politics and society, as demonstrated by the Reuters poll. “They refuse to give us a quota in parliament, which is the only way that will ensure our representation; women are the ones who pay the price of revolutions. When their fathers, husbands or sons die, they carry the burden of the family.”

Aboul Ella also condemned the weakness of the law against sexual harassment, saying that another law is being drafted and proposed to the Parliament once it is elected.

Women Rights Activist Ghada Shahbander said that she has not seen any state-sponsored procedures against discrimination against women. “We will not move forward in combating violence against women unless we work on four levels: constitutional, legislative, civil society action and the change of norms, values and beliefs of the society,” she said.

Shahbander said that violence against women is sometimes state-sponsored: “In 25 May 2005, the National Democratic Party [then in power] Youth Secretary Magdy Allam ordered police officers to sexually harass women protesters and journalists in a protest. When we filed a complaint against him, prosecution said that they could not find him.”

Shahbander said that during the 25 January Revolution, popular campaigns, including Op Anti-Sexual Harassment, Tahrir Bodyguards and Harassmap, sought to defend women’s rights. “The state is not doing anything; we accuse the Ministry of Interior of helping violence against women, and when they don’t, they do not do their job in protecting them,” Shahbander added.