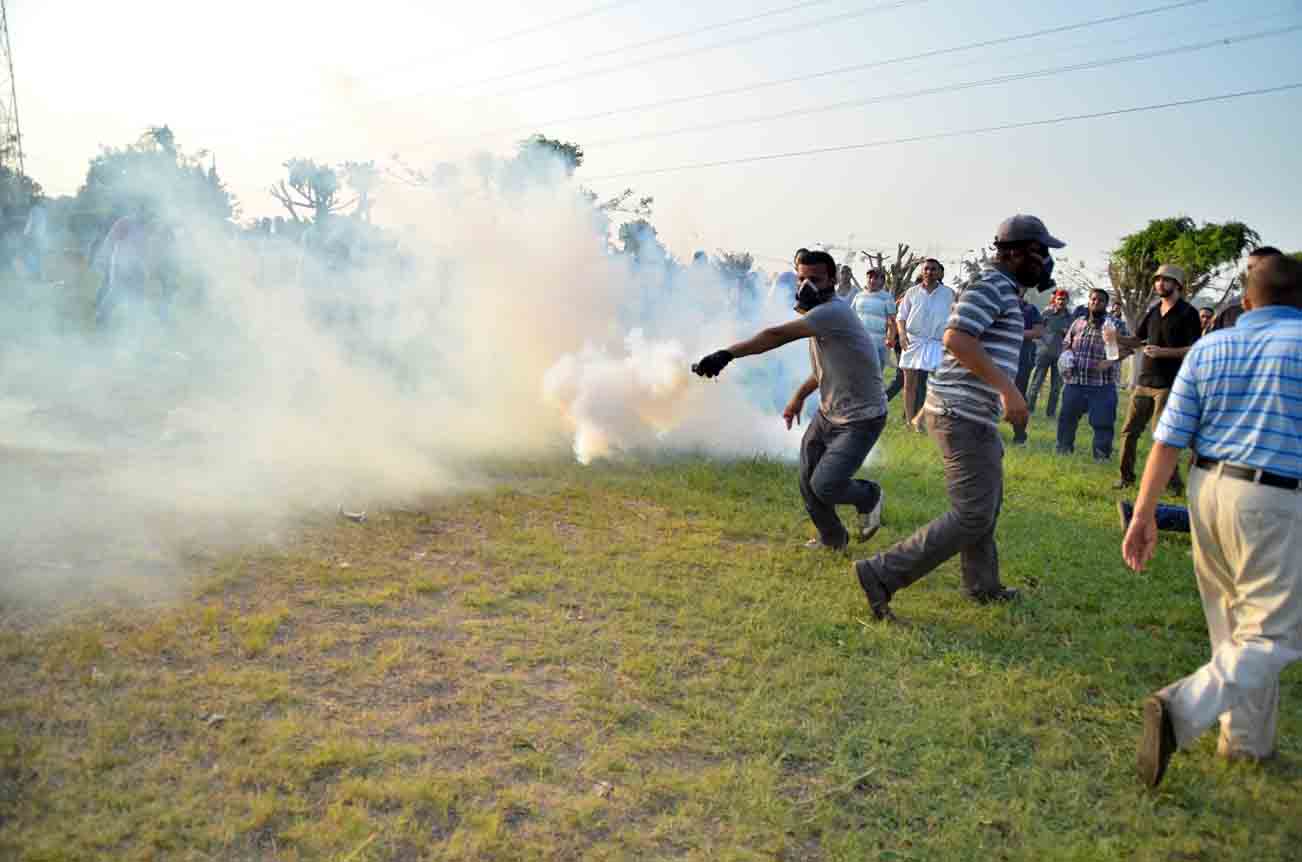 The 6th of October Prosecutor General’s office charged 36 supporters of ousted president Mohamed Morsi Sunday, after they were arrested during the media production city clashes, according to state-run MENA.

The prosecutor’s office ordered their detention for 15 days pending the investigation of the clashes which led to 23 injuries, according to the ministry of health.

Those arrested were charged with felonies and misdemeanors including forming a criminal gang, attempted murder, illegal possession of a firearm and blocking roads.

The clashes resulted in damage to the front gate of the media city and equipment, a while a number of cars were set on fire.

A number of the accused persons pled not guilty to the charges while other arrested demonstrators claimed that they were only attempting to protest peacefully.

One of the arrested was a child who was released immediately after his apprehension.