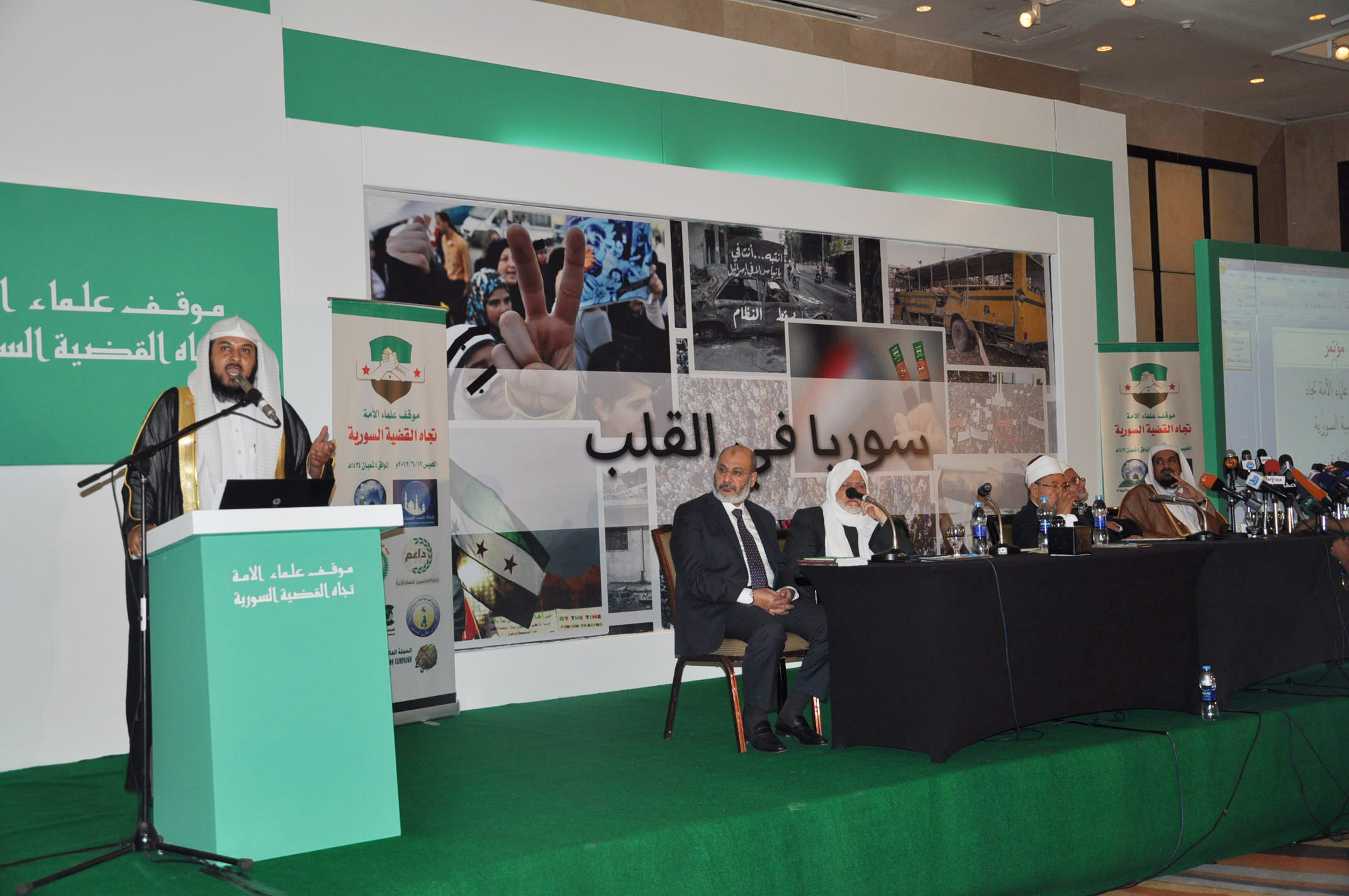 The Muslim Brotherhood endorsed a call for jihad in Syria on Friday that was voiced during a conference by the Coordinating Council of Muslim Organisations.

Representatives of several Sunni religious organisations convened this week in Cairo to discuss the situation in Syria, which resulted in the conference’s call to support jihad in the war-torn country.

The Muslim Brotherhood’s spokesperson, Ahmed Aref, called the topic a serious matter that would require coordination and consensus among the participants in the conference.

When asked if the Brotherhood echoes the call to jihad in Syria made by other religious organisations, Aref commented that they will “fully support and endorse the outcome of the conference.”

The Syrian uprising has triggered a widening Sunni-Shi’a divide in the Middle East, with Saudi Arabia broadly backing various rebel groups while Iran and Hezbollah continue to support the regime of Syrian President Bashar Al-Assad.

“The Muslim Brotherhood is not exactly in agreement with Saudi Arabia, however it has its own agenda regarding any call to jihad in Syria,” said Gamal Sultan, a political analyst at the Al-Ahram Centre for Political and Strategic Studies.

In a statement that leaves little doubt over where the Brotherhood stands on the division lines, Aref claimed to Reuters on Friday that Shi’a powers have been behind sectarian conflicts throughout the region’s history.

Although Egypt has made efforts in the past months to improve relations with Iran, the Brotherhood has condemned the interference of Al-Assad’s “Shi’a allies” in the Syrian uprising.

The call for Sunni Muslims to interfere in the Syrian conflict has echoed from Saudi Arabian preachers and into Egypt throughout the past week.

On Friday, state media reported that a sermon in Cairo by Sheikh Mohamed Al-Arifi, a leading Saudi cleric, called for jihad in Syria “in every possible way.”

On Thursday, a presidential aide made it clear that Egyptians who choose to travel to fight alongside the Syrian rebels would not be penalised upon their return to the country. This comes after Egyptian scholar Youssef Al-Qaradawi, a Qatari-based television preacher affiliated with the Brotherhood, made an explicit call for able-bodied Muslims to travel to the Syria to support groups fighting Al-Assad’s regime.

Analysts have described the Syrian conflict as a Sunni-Shi’a battle on a regional level and, with the United States providing the force of its arms behind the Sunni rebels, an international “proxy war”.