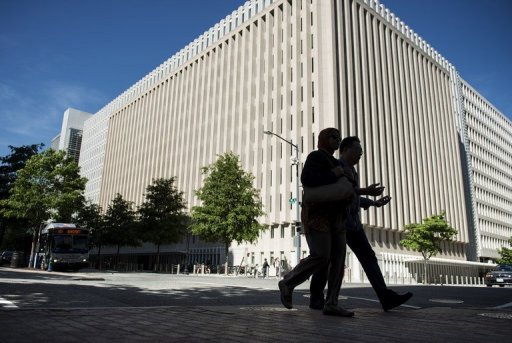 An agreement was conducted with the World Bank to use just $1bn to support the 9.8% budget deficit in fiscal year (FY) 2016/2017, deputy finance minister for the public treasury Mohamed Meit said, adding that $2bn will be used to carry out development projects.

Egypt is negotiating for aid in the form of US dollars worth $21bn, which will be allocated to supporting the deficit and bridging the financial gap of $30bn over three years.  This is comprised of $12bn from the International Monetary Fund (IMF), $3bn from the World Bank, and $1.5bn from the African Development Bank (AfDB), in addition to bonds launched in global markets and other aid sources.

Since its establishment, the World Bank has only financed projects. After signing the agreement, Minister of International Cooperation Sahar Nasr said that the agreement is exceptional.

The interest rate of the World Bank’s loan is 1.2% with a five-year grace period, and a repayment period of 35 years.

Meit said that the government would utilise the dollar loans through the adjustment of the general financial conditions—by limiting the wage bill and strengthening the public debt management. Moreover, the government will rationalise subsidisation, organise the energy market, facilitate the participation of the private sector in economic activities, enhance the business environment, and encourage competition.

In an exclusive statement to Daily News Egypt, Meit said that the majority of the negotiated dollar loans will be allocated to paying off Egypt’s foreign commitments on time in order to maintain Egypt’s reputation within global financial circles.

“We suffer from a severe shortage in our dollar resources due to the crisis in the tourism sector and foreign investments. Imagine being in my shoes while I reply to the requests of international creditors,” he said.

Egypt is committed to paying off about $7-8bn of its dollar debts in FY 2016/2017, according to Ahmed Kojak, the deputy finance minister for monetary policy.

Egypt’s foreign debts are currently estimated at $53bn before receiving the first portion of the IMF loan worth $1.5bn in a few weeks. Meit said that paying off the country’s financial commitments of $2bn will allow the same amount to be borrowed in the future. “The main issue is how to manage the debt by diversifying the funding sources,” he added.

Foreign debt does not exceed 15% of GDP. These are safe limits that will continue to decline with the repayment of the instalments, according to Meit.

“We are currently working to regulate employment in the international managerial system. Hiring will be minimised and based on need,” Meit added. He emphasised that this step will hold back the growing budget deficit by reducing public spending.

Meit revealed that the agreement with the IMF guarantees a 5.5% reduction in the budget deficit throughout the funding programme provided for three years. Egypt’s deficit is estimated at 9.8% in FY 2016/2017.

5.2% growth in GDP of telecommunications sector during first quarter of 2016