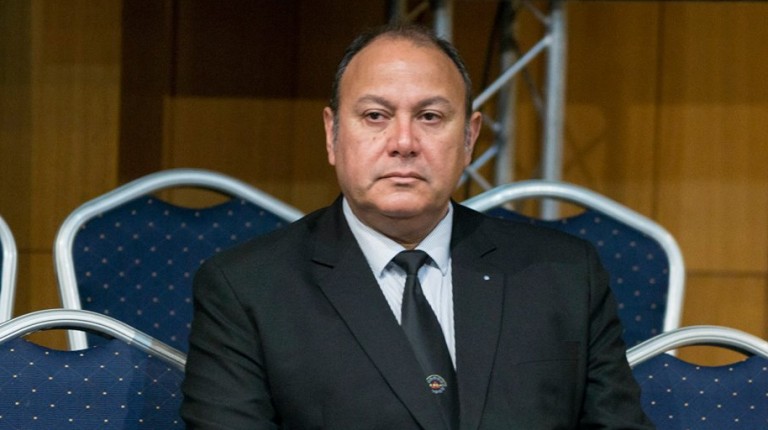 On the occasion of the 2016 IBSF World Snooker Championship, which will be held in Sharm El-Sheikh on 20 July, Daily News Egypt met with Vice President of the International Billiards and Snooker Federation (IBSF) and Chairperson of the European Billiards and Snooker Association (EBSA) Maxime Cassis to discuss the sport and the his expectations for the championship.

You are in charge of the referees in the championship?

What is the process of selecting referees for the championship?

According to the regulations of the IBSF, the host country and the region where it is located—in the case of this championship they are Egypt and Africa—are entitled to enter a certain number of referees. We select the rest of the referees from other continents, including Europe, Asia, Australia, and the US.

We are permitted to give the host country and its region 50% of the requested number of refugees. With the host association in Egypt, they informed us of the number they can offer, and we provide the rest to reach the balance and the number of referees required.

When did snooker become a sport?

Snooker was born in India. It was invented in the 19th century by the British military in India and brought to Europe at the beginning of the 20th century. It was then principally played in the UK and Ireland. Then the sport spread across Europe, especially among the Commonwealth countries.

For a long time the game was concentrated in the UK and its surrounding areas, including Ireland, Iceland, Denmark, Belgium, the Netherlands, and France.

Afterwards, the EBSA started to promote the game in every country in Europe. Today there are 44 member countries in the EBSA.

Now the game is growing very fast, not only in Europe, but in Asia as well.

How has the sport progressed in Eastern Europe?

On 31 May, the 2016 European 6 Reds, Teams (Ladies, Masters and Men) and Individual (Ladies and Masters) Snooker Championship, will be held in the Lithuanian capital of Vilnius.

Last February, the 2016 EBSA European Under-18 Snooker Championship was held in Wroclaw, Poland.

Where has snooker shined the most in Eastern Europe?

A successful model is Poland, in less than 20 years, they already have strong champions who managed to defeat players from the UK, Scotland, and Ireland.

In this regard, I would like to mention the Polish champion Kacper Filipiak, who defeated Scottish player Michael Leslie with a score of (6-3) in the 2011 EBSA European Under-21 Snooker Championships’ final, held in the Maltese city of Qawra.

How is the IBSF promoting snooker in general?

We are promoting snooker as a sport. It is a social game, though it should not be only considered as such, but it should be promoted also as a sport, a queue sport we call it. It is not an Olympic game; however, it is recognised by the International Olympic Committee (IOC) as a sport.

What do you mean by queue sport?

They are sports played with a queue (stick).

Can you clarify the difference between the World Professional Billiards and Snooker Association (WPBSA) and the IBSF?

The system followed is that every year the bottom 32 players in the WPBSA’s list pass their places to new professional players.

Number of snooker tournaments for women to increase: IBSF president

Euro 2016: Lukas Podolski: It’s ‘outrageous’ to call me a mascot

In Video: The first seminar for snooker referees in Africa