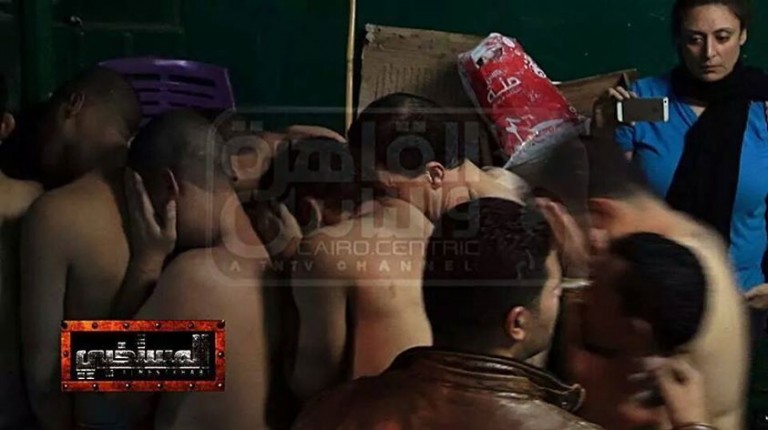 Journalist Mona Iraqi, who faced international criticism for leading a televised police sting on 26 men she accused of engaging in homosexual activity, is to face court.

The prosecution has approved to have her tried for charges including defamation.

Alongside Tarek Nour, owner of the channel Al-Qahera Wal-Nas which broadcasts the show, Iraqi will face charges of publishing false news, libel and defamation with 5 April set as the date for preliminary hearings.

Tarek Al-Awadi, the lawyer of the defendants in the bathhouse case and also responsible for the lawsuit against Iraqi, previously told Daily News Egypt: “In case that private satellite station Al-Qahera Wal-Nas (Cairo and the People) will not publish an official statement apologising for the actions of its employees, we will continue to escalate.”

“The channel should take serious legal procedure against Iraqi, her team, and the programme director,” he added. However, Iraqi and the channel have remained unrepentant for the programme.

On 7 December, a unit of the anti-vice police raided the bath house and referred the defendants to the Azbakeya police station, and then to the prosecution.

On 16 February, news broke that one of the men arrested and acquitted in the case reportedly tried to burn himself to death. El-Watan newspaper published an interview in which the man said that, despite his acquittal, life had become unbearable as “I am harassed constantly in my workplace by the words of the people and the looks in their eyes.”

A December report by the Egyptian Initiative for Personal Rights (EIPR) on Saturday claims that since the ouster of former president Mohammed Morsi 18 months ago, at least 150 individuals have been arrested on charges of debauchery. Gay rights activists have stated that the atmosphere towards homosexuality is worse now than under the Muslim Brotherhood rule of 2012-2013.

In a separate incident, on Wednesday pictures emerged of Iraqi being arrested from a school in Cairo for filming without permission and being taken to a police station. Lawyer Al-Awadi published on his Facebook account the photos of Iraqi alongside a screenshot of the statement against her issued by El-Massria school’s director.

According to the statement, staff discovered Iraqi filming in the school and called the police who arrested her, she was released pending investigations. Mona claims that she was there to investigate the school for issuing counterfeit US diploma certificates.