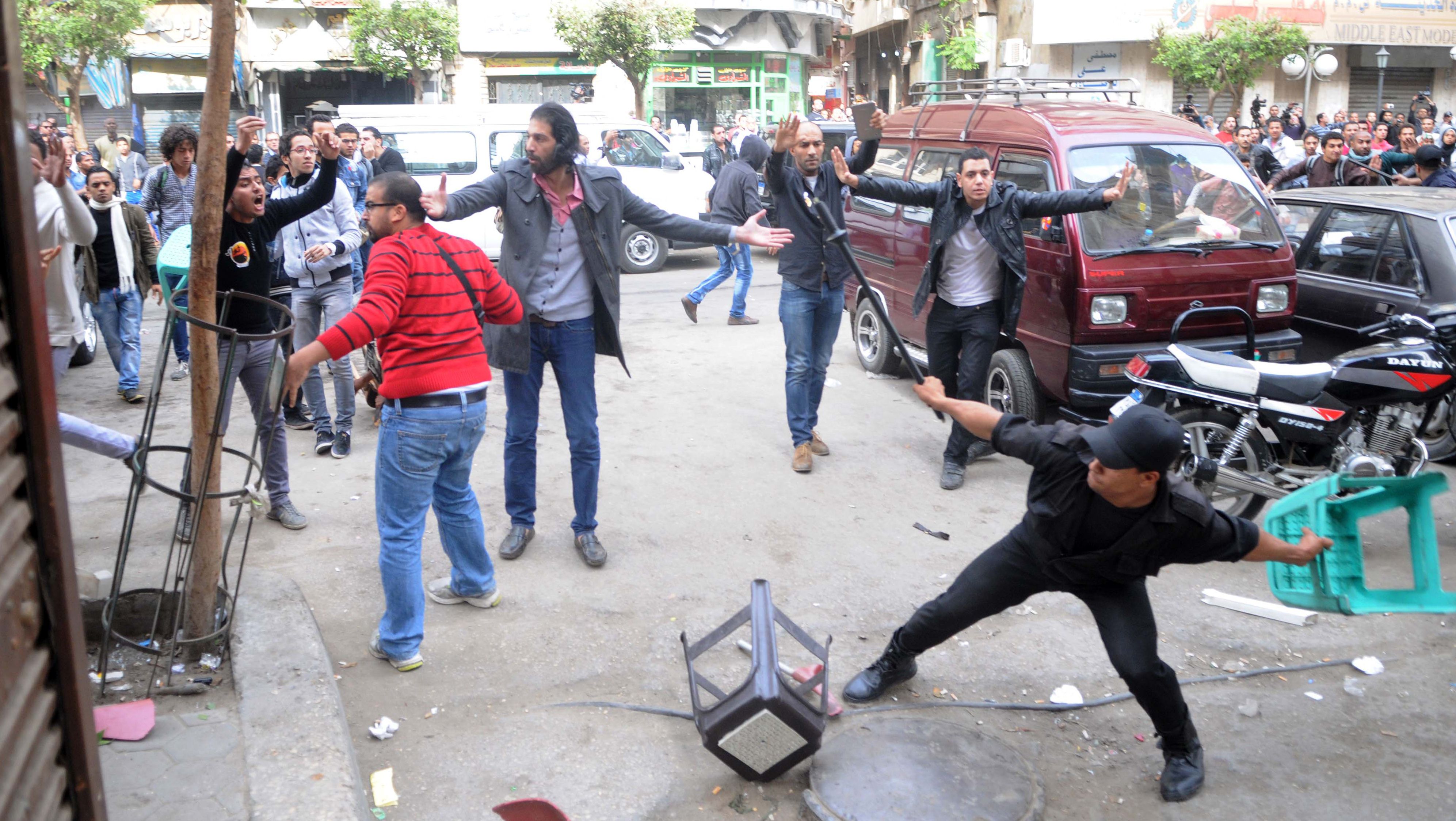 While 23 of the 24 arrested at the Shura Council protest were released, Ahmed Abdel Rahman remains in police custody.  Abedl Rahman’s detention was renewed for 15 days because he was carrying a knife in his bag when he was arrested.

According to human rights lawyer Mahmoud Belal, Abdel Rahman, who is being held in Tora Prison, was carrying a knife because of his work at a hotel. Abel Rahman happened to pass by the protest while walking home from his shift, and stepped in when he saw police officers beating female protestors, said Belal.

“Prosecutors failed to present any evidence that he had used or intended to use the knife to commit any act of violence during the protest,” said an Amnesty International statement.  “In fact, the protest in front of the Shura Council–violently dispersed by security forces—was entirely peaceful.”

Prominent 6 April leaders Ahmed Maher and Mohamed Adel along with well-known blogger Ahmed Douma face charges for violating the Protest Law stemming from a rally at the Abdeen Court when Maher surrendered himself to authorities.  Maher faced earlier charges from the Shura Council rally.  While Adel has been released, Maher and Douma remain in police custody.  The trio will appear in court on 8 December.

Alaa Abdel Fattah, founding member of the Revolutionary Way movement, is still in custody after being arrested when police raided his home on 28 November.  Charges against Abdel Fattah include rallying, “thuggery,” inciting violence, resisting authorities and violating the controversial new Protest Law.

The 23 freed protestors were released on 4 December on bail of EGP 5000 each, after a South Cairo Criminal Court judge overruled an appeal by prosecutors to block their release.  They still face charges for taking part in the Shura Council protest, which violated the Protest Law.

Pending their release, Amnesty International has called on authorities to allow those detained to see their families and legal representation, and to receive any necessary medical care.  They have also called for an investigation into claims that protestors were beaten and sexually harassed while being arrested and detained.