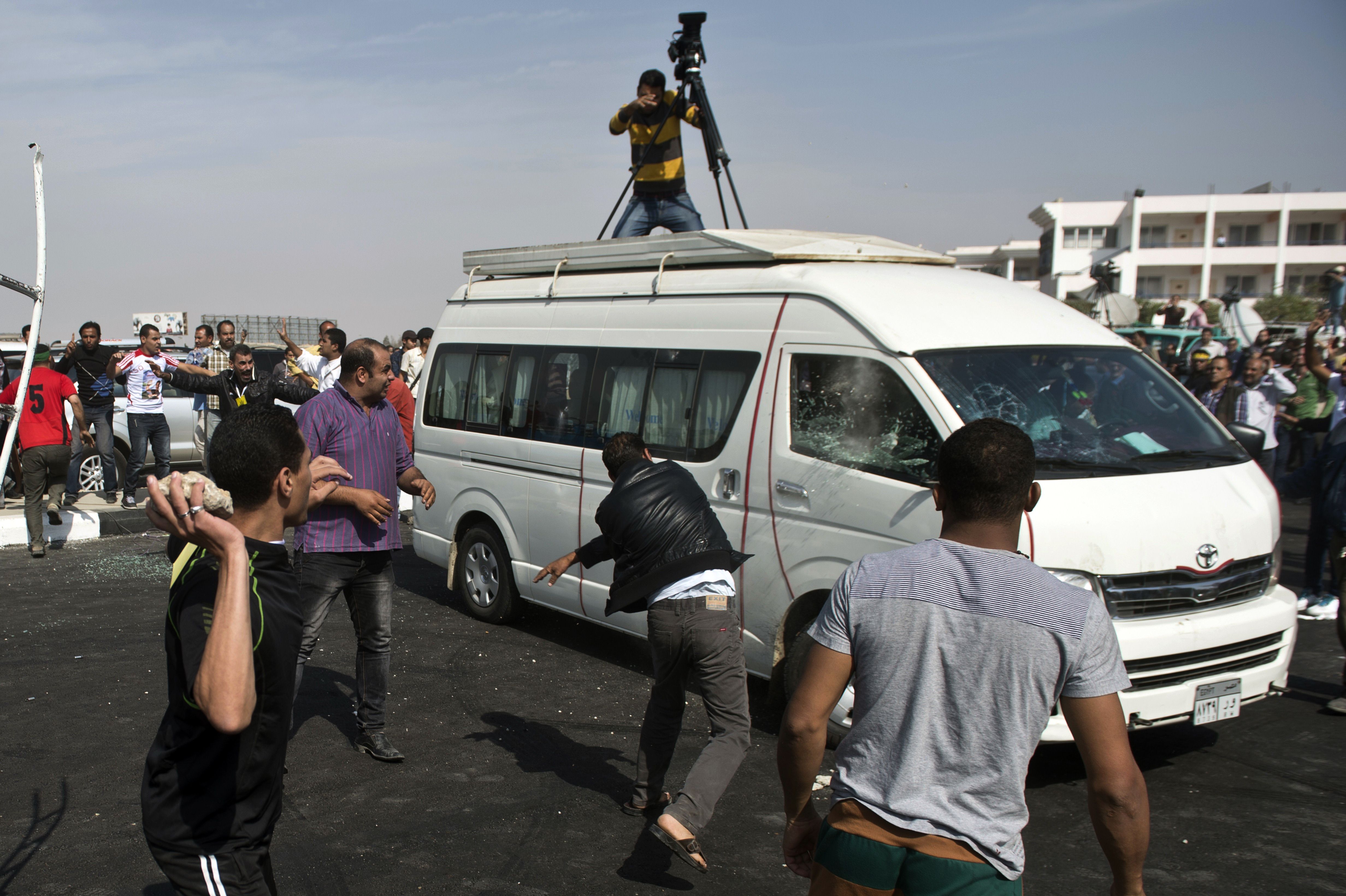 A number of Egyptian NGOs expressed their concerns over separate incidents of attacks, detentions and trials of journalists.

While covering the trial of former President Mohamed Morsi on Monday, many media crews reported facing attacks by protesters.

The attacks on media were criticised by Chairman of the Egyptian Organization for Human Rights Hafez Abu Seada.

Private newspaper Al-Masry Al-Youm reported that correspondents and photojournalists are being assaulted outside the Police Academy, where Morsi was being tried. The paper claimed that the attacks were being carried out by Muslim Brotherhood protesters.

EOHR said the appropriate environment must be provided for media services, which play a vital role in establishing democratic principles. The NGO called on protesters to commit to peacefulness and called for immediate investigations into the assaults that took place against journalists while covering Morsi’s trial.

But angry protesters are not the only source of violations against journalists.

ANHRI condemned in a statement “the heinous torture” of MBC Masr correspondent Islam Fathy by policemen “from Al-Bandar police station in Al-Minya,” last Thursday, “while doing his job.”

Fathy had told the Daily News Egypt earlier this week that he was near Al-Mahata Square, where he got into an argument with a police officer who prevented him from covering a breaking story taking place at the time: “The officer pushed me several times even after I showed him my ID card that proved that I am a journalist.”

Fathy, who received a beating from the officer, was then dragged to Al-Bandar Police Station where he was beaten again and tortured by a method known as the “briefcase”, which entails handcuffing a suspect’s hands and legs and hanging them using a stick.

Fathy pressed charges against the officers who he claimed assaulted him.

A source at the Ministry of Interior said a complaint was filed and that the complaint is currently being investigated by more than one than one authority.

ANHRI said fabricated charges of resisting authorities and assaulting a police officer were brought against Fathy, who spoke to the NGO.  “The brutal attack the correspondent faced demonstrates the return of bullying by the Ministry of Interior,” the NGO said, adding that this incident should not pass without bringing the policemen involved in the incident to court.

The journalist who had been facing trouble with the authorities for months, Mohamed Sabry, was finally handed a suspended prison sentence on Sunday, a move that was condemned by EIPR in a recent statement.

Sabry was arrested on 4 January while reporting near the border city of Rafah. The six month suspended sentence was handed to Sabry by a military court, after the case was delayed 10 times. He was charged with “entering a prohibited military zone and filming in places where the military has banned approaching and filming.”

EIPR condemned his sentencing and stressed its position of rejecting military trials for civilians, adding that Sabry should have never been brought to court “in an incident related to practicing his profession.”

EIPR said Sabry’s is the third conviction against journalists doing their job within a month.

Sabry’s verdict comes less than a month after a verdict handed by a military court to another Sinai-based journalist, Ahmed Abu Deraa, who was given a suspended sentence of six months in prison and an EGP 200 fine by a military court in Ismailia. Abu Deraa, who works for private newspaper Al-Masry Al-Youm   and television channel ONTV was arrested on 4 September and charged with intentionally spreading false information about the military.

On 30 October, another journalist was sentenced by a military court to one year in prison. Hatem Abul Nour, who works for the private newspaper Al-Watan, was sentenced for reportedly impersonating the army, AFP reported.

Yet, violations against journalists have not only been directed towards Egyptian journalists. Syrian photojournalist Mohamed Hayyan was arrested while covering a protest outside the Ministry of Interior on 24 October. Fahd Al-Banna, the lawyer with the Association for Freedom of Thought and Expression, who handles cases of detained journalists said Hayyan has booked tickets to Turkey despite having a valid visa until 2014, explaining that this was his only option because Egyptian authorities refrained from releasing him.

The Committee to Protect Journalists, which is a non-profit organisation that promotes press freedom, has recorded the deaths of nine journalists since 2011, five of whom died after the ouster of Morsi on 3 July.  It also stated that at least 10 media outlets have been raided by security forces.

On 23 September, the committee wrote a letter to Head of the 50 member Constituent Assembly Amr Moussa with a set of recommendations that will ensure that the final draft of the constitution deems current threats to press freedom unconstitutional.

The recommendations included embracing an explicit, expansive guarantee of freedom of speech that includes all media, guarantees all citizens the right to information, ensures that censorship is brought to an end, as is the shutting down of newspapers through court orders.

Right after the announcement of Morsi’s ouster on 3 July, satellite channels that supported Morsi like Misr 25, Al-Hafez, Amgad and Al-Nas were shut down.  At the time, military spokesperson Ahmed Ali said: “We need stability and this is why they were closed.”