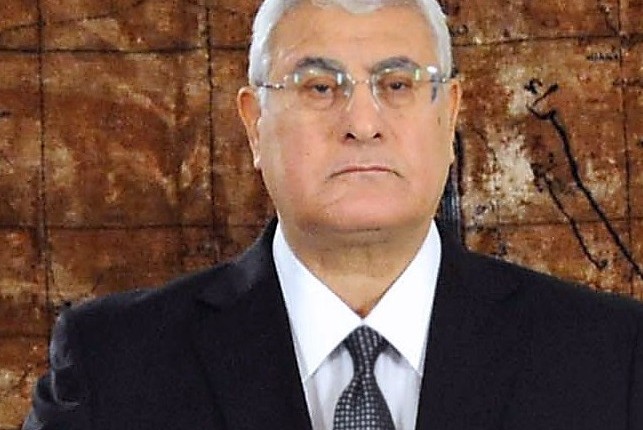 Interim President Adly Mansour is scheduled to start his second overseas tour on Wednesday, a tour that will only include Gulf countries.

The interim president will go to oil-rich Kuwait and the United Arab Emirates (UAE), state-run Al-Ahram reported. Kuwait’s state agency reported that Mansour will meet with the country’s emir, Sheikh Sabah Al-Ahmed Al-Sabah during the the one-day trip to Kuwait which will be followed by a stop at the UAE.

Interim Prime Minister Hazem El-Beblawi returned on Monday from the UAE after a three day visit. He met with Mansour on Monday upon returning and handed him a report on the visit.

Mansour’s trip to Saudi Arabia was part of a tour earlier this month that included Jordan, where he was received by King Abdullah II. Mansour and the Jordanian King had agreed that current levels of trade between the two countries do not mirror the close relationship between them.

Kuwait, UAE, Saudi Arabia and Jordan have expressed their support for the power shift in replacing Morsi with Mansour, with the three Gulf countries pledging their support with money to Egypt.

One week after the ouster of Morsi, the UAE and Saudi monarchies pledged $8bn in aid. This was followed by Kuwait announcing an aid package of $4bn.

Mansour held several meetings with top Egyptian officials this week ahead of the scheduled tour, discussing both internal and international developments. This included a meeting with interim Minister of Defence General Abdel Fatah Al-Sisi and interim Interior Minister Mohamed Ibrahim on Monday, in which they discussed security.  Mansour also met with President of the Suez Canal Authority Mohab Mamish and Foreign Minister Nabil Fahmy.