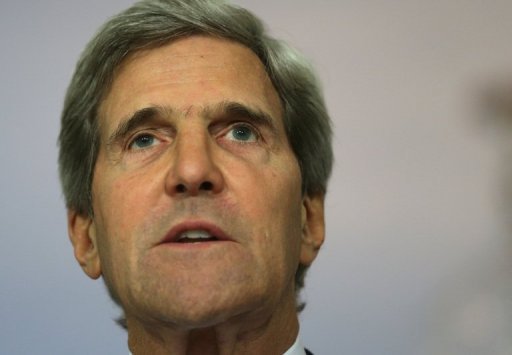 Egyptian Ambassador to the United States Mohamed Tawfik met with Under Secretary for Political Affairs Wendy Sherman on Monday. The two discussed “the current state of Egypt’s transition as well as issues of regional concern,” according to the office of the US Department of State.

“Ambassador Tawfik reaffirmed Egypt’s commitment to move forward on an inclusive path to democracy and economic stability,” said the department in a press release. “Under Secretary Sherman reiterated US support for these goals as well as the importance of the US-Egypt bilateral relationship.”

State Department spokesperson Jen Psaki, in a Monday press briefing, said that it was “no secret” that the relationship between the two countries has gone through “ups and downs,” adding that the focus was on long-term security and strategic interests.

The spokesperson did not comment on the Egyptian government’s relationship with US lobby firm Glover Park Group (GPG), saying she had not seen reports on the issue. Tawfik signed the contract with GPG, with stipulates a $250,000 monthly fee that the Ministry of Foreign Affairs said an “anonymous third party” had agreed to pay.

US Secretary of State John Kerry hinted that he may visit Cairo “in the coming weeks” during a town hall meeting with department employees, according to Reuters.

Kerry said that he would insist on meeting with a “cross-section of civil society” in his visit to Egypt. Kerry’s first and only visit to Egypt was in March when he met with ousted President Mohamed Morsi and other leading government officials including Minister of Defence Abdel Fattah Al-Sisi. He also met with a number of opposition figures belonging to the National Salvation Front (NSF).

The secretary of state and his government allotted to Egypt $250mn in aid in the aftermath of Kerry’s visit for Morsi’s pledges of economic reform.

Kerry’s Egyptian counterpart Minister of Foreign Affairs Nabil Fahmy said that he anticipated ongoing good relations between the United States and Egypt, but added that the current state of relations was in “turmoil,” during an address to the US Chamber of Commerce on Monday, attributing it to the reconsidering of US aid to Egypt.