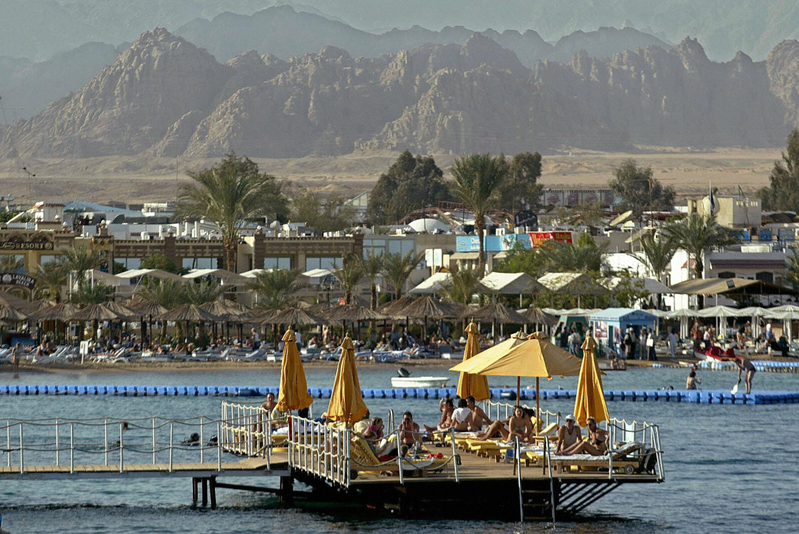 Decreases seen in the number of tourists traveling to southern Sinai has pushed hotel management companies and owners to temporarily close a number of facilities in order to avoid losses. 18 hotels were recently closed in Taba, in addition to 30 in Sharm Al-Sheikh.

Hani Gawish, member of the Nuweiba and Taba Investors Organization, stated that 18 hotels in Nuweiba and Taba recently closed their doors and laid off all non-essential employees due to political turmoil currently being witnessed in Egypt, which has had a large effect on the country’s tourist sector.

Gawish said many investors have resorted to temporarily closing their facilities in order to avoid suffering additional losses stemming from decreases in the number of tourists visiting the region. He added that owners have been forced to continue paying the salaries of workers, in addition to electricity bills and taxes, while not taking in any revenue.

Gawish estimated the amount of losses suffered by hotels in the region to total EGP1.5m per night per 5,000 hotel rooms.

Hotel occupancy rates in Nuweiba and Taba have been steadily decreasing since the outbreak of the 25 January Revolution more than two and a half years ago, he said.

Occupancy rates for hotels in the region have hovered between 3% and 5%, compared to 30% to 40% during the same time last year.

Gawish added that foreign tourist companies have recently decreased the amount of charter flights coming into Egypt, with average rates dropping from 16 flights per month, to 1.

Gawish believes problems faced in the tourist sector were more the result of politics than any real lapse in security, saying that it was well known that southern Sinai is geographically isolated from and relatively unaffected by events taking place in Cairo. An American intervention in Syria would further hurt the industry, he said, as any attack would affect air traffic in the region, which would lead to further losses in the sector.

He added that Israeli tourism in the region has decreased 90% in the last five years, beginning after the 2004 bombing attack on the Taba Hilton which led to the death 19 guests and injury of 122 others, most of whom were Israelis.

He stated that the market now currently depended on Eastern European tourism from Ukraine, Slovakia, the Czech republic, Slovakia and Romania.

Hisham Ali, Chairman of the South Sinai Investors Association, stated that hotel occupancy rates in Sharm Al-Sheikh have dropped to 30% in recent months.

30 out of 200 hotels in the South Sinai region were temporarily closed, Ali said, with occupancy rates for those that have remained open not exceeding 30%.

Ali added that the current season was usually a high point for Italian tourism, saying however that the number of Italians currently traveling to Egypt has also dropped, after a number of European governments issued travel warnings on Egypt since the forced dispersal of sit-ins and the Raba Al-Adaweya and Al-Nahda squares. These countries include Italy, Germany, Holland and Belgium. He concluded saying that in light of such developments the market would come to rely more on British tourism.