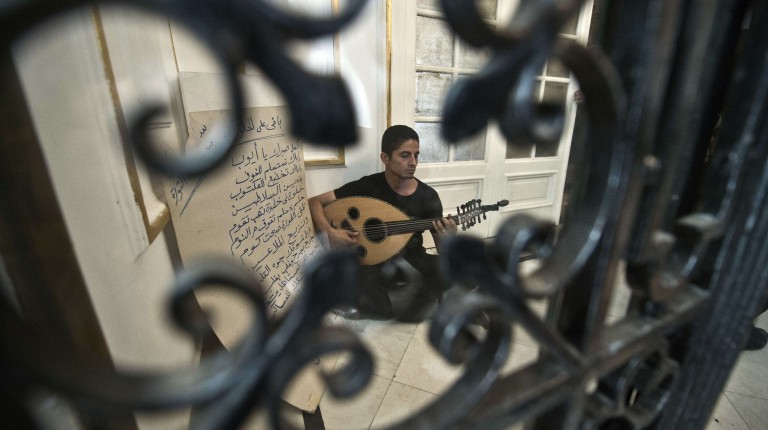 A sit-in by artists attempting to force the resignation of culture minister entered its fourth day on Saturday.

The Egyptian Creativity Front announced that protesting artists are organising an applied arts exhibition outside of the ministry, in addition to music events.

Abel Galeel El-Sharnouby, spokesperson for the front, said artists on Saturday began a large mural on the walls of the ministry.

“He is mixing religion into the conflict between him and the artists protesting him, which the front condemns,” El-Sharnouby said.

The protesters released a statement last Thursday saying their objection to the minister was not personal; rather they took umbrage to his affiliation with the Muslim Brotherhood, which according to the protesters, is attempting to “change the intellectual and artistic life in Egypt according to their ideology.”

The protesters refused to meet with Abdel Aziz, instead asking artists from around the country to join in protest against the culture minister.