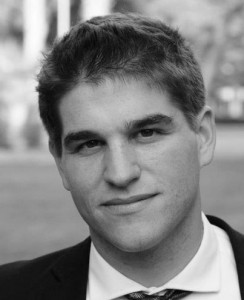 On 28 March, the Egyptian military stunned the tech world when it announced that it had apprehended three divers suspected of attempting to sever the SEA-ME-WE 4 fibre optic cable  which services communications and internet connections to Egypt and the greater Middle East region, as well as Asia.  Included in the press release was a photo portraying three scruffy and rather unsuspecting Egyptian men standing in a rusted fishing skiff, who had allegedly been caught red-handed as they attempted to damage the cable, some 750m off the Alexandria coast.

Following a week of unprecedented cyber-attacks on the Spamhaus anti-spamming firm and multiple US banks, this relatively unsophisticated sabotage attempt serves as chilling reminder of the physical vulnerabilities of the global communications network. Initial reports indicate that significant damage was inflicted to the SEA-ME-WE 4 by the divers, with internet disruptions reported in Egypt, the UAE, Saudi Arabia and elsewhere in the region. Disruptions have also been reported as far away as Tanzania, Pakistan, and Malaysia.

If confirmed, the Egyptian military’s indications of sabotage would serve as an unprecedented development, and are likely suggestive of a far more sinister effort to sever communications to Egypt and the region. It is not likely that the three men depicted in the photograph had either the motive, or the intelligence, to locate and target the highly-durable seabed cable on their own.

Anyone familiar with Egypt’s explosive post-revolutionary politics could easily point out a number of actors who would be more than ecstatic to cut off the country’s 80 million residents from the outside world. The most obvious candidate would be the Muslim Brotherhood, which has come under immense criticism from just about every corner of the political spectrum for the failings of the Morsi administration, which it supports.

Morsi’s government has been accused by the secular or liberal opposition on more than one occasion during its short tenure of attempting to silence dissent and media freedoms, including a month-long suspension of YouTube in February 2013 and the cancellation of TV talk shows accused of “insulting the presidency”. Indeed, at a time of growing political violence, police brutality, and economic problems, there are likely more than a few Brotherhood members who would like to hinder their opposition’s publication of politically-damaging content on the internet.  It is also worth mentioning, that if anyone in Egypt knew the location of the country’s fibre optic cables, it would be the now Brotherhood-dominated Communications Ministry.

Outside of Egypt’s borders, there are a number of actors who would enjoy watching Egypt and the region reel from the consequences of an internet blackout – particularly those who have restricted access to their own citizens. Topping the list are Iran and Syria, who seek to inflict economic damage on Sunni-Arab nations in the region for their increased assistance to the Syrian opposition. In Syria, the Assad regime has been continuously accused of severing fibre optic cables to hamper rebel lines of communication. Such an operation may have been committed in coordination with militants based in the Gaza Strip, who have been increasingly at odds with the Egyptian military over its campaign to destroy smuggling tunnels at the Rafah border. These elements, in addition to the Iranian-backed Hezbollah group, have been accused multiple times by the Egyptian military of establishing cells throughout the country.

Reports indicate that the divers denied the charges against them, while Egypt’s internet forums are already awash with allegations that the three were performing maintenance work on their vessel when they were apprehended. As such, it is possible that the divers were falsely blamed by the Egyptian military for cutting the cable, which may have simply been cut by shipping traffic, as was the case in other internet hindrances in Egypt, including one which occurred a week before on 22 March.

In the past, the Egyptian government and military have blamed domestic economic and infrastructure failures on foreign elements, in an effort to rally the populace behind a common threat. Whether it be deadly sharks dispatched by Israel’s Mossad to sabotage the Sinai Peninsula’s deteriorating tourism revenues or Australian journalists detained on charges of “destabilising the country,” successive Egyptian governments have always looked to divert blame to outside forces, and it could just be a matter of time until the arrested divers are publically linked to a shadowy foreign power. Even after telecommunications were cut by the government during Egypt’s revolution, intelligence chief Omar Suleiman went on the record and asserted that protesters had been manipulated by “outside forces” and that the uprising was a conspiracy.

With only navy sailors on scene to witness the divers’ arrest, those seeking answers to this unprecedented event may find themselves at the mercy of the Egyptian military’s propaganda branch. But in a nation rife with both conspiracies and conspiracy theories, we may never get the straight answer we are looking for.


The author is the intelligence director of the Middle East and North Africa section at Max Security Solutions, a geo-political and security risk consulting firm. You can follow him on Twitter @Dannynis